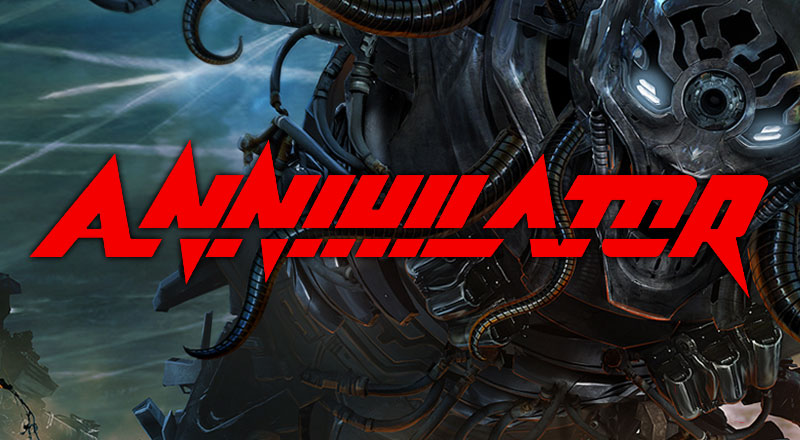 Legendary Canadian thrash/heavy metal masters ANNIHILATOR will release their 15th studio album, Suicide Society, worldwide on September 18, 2015 via UDR Music. The band has unleashed their brand new music video for the title track, which can be viewed here:

In a setting which evokes the atmosphere of a sanatorium (an abandoned East German swimming pool!), Jeff Waters and co. deliver their incisive, aggressive yet curiously cathartic meditation on the state of our world’s societal consciousness.

Shot in the East of Germany, “Suicide Society” is the first video (and single) to be released by ANNIHILATOR from their upcoming same-titled album. As guitarist/singer/songwriter Jeff Waters describes: “Lyrically, the opening line says it all: Welcome to the dark side of the human race”. Originally, the song was just another subject to write about … but when I sat down and really got into it, I actually be me pretty disgusted with what we, as the human race, have done/are doing to each other, the planet and all life on it. Musically, there is a groove and riff style that I haven’t heard before in my writing; I guess that’s why this one stands out to me! We hope you like it, fellow metal fans.”

Previous From Warped Tour to Beyond – An Interview with Kaya Stewart: “Being the kid of a famous person is always kind of difficult because there’s always going to be comparisons.”
Next Bobaflex at Hard Rock Cafe on 08/20/2015