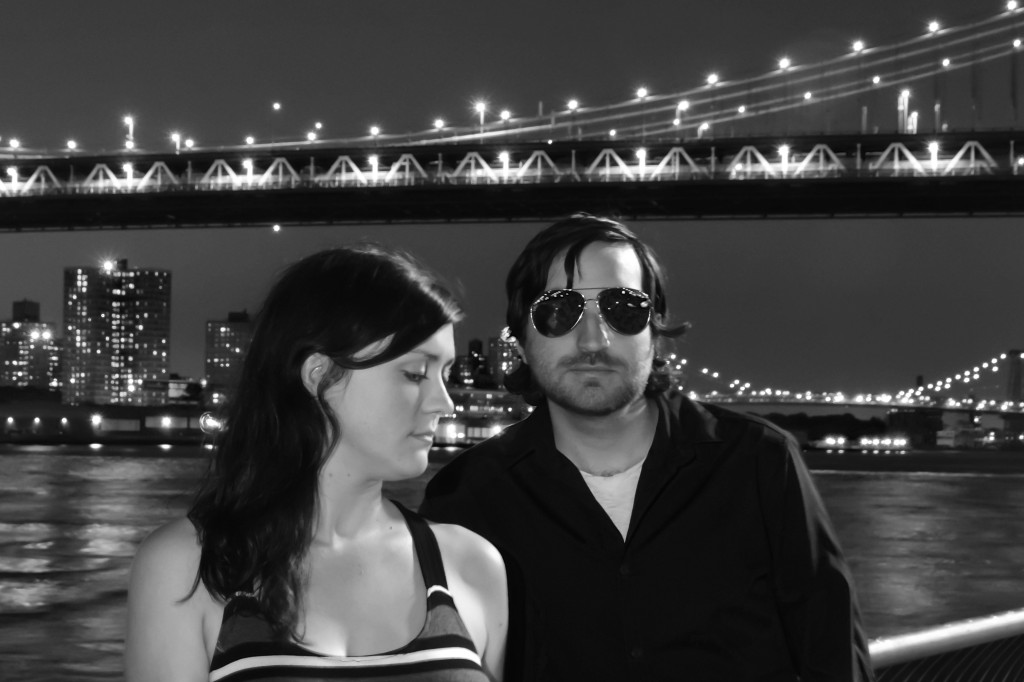 Stu and Chrissy Basham (pronounced “BASHum”) are not your ordinary husband and wife pop duo. Add one piece vegan, one piece actress and mix it with a musician who knows the business of music just as well as the creative side and you’ve got one unique pizza (vegan of course).
After flying planes for multiple years (enter the Aviatrs reference) Stu longed for a change and moved to Denver in 2009 to pursue a music career. It was there where he met Chrissy in 2010 and used that time to develop his songwriting skills working with L.A. producer Franchot Tone (Jack Johnson, Ben Harper) and other songwriters.

The couple married in Denver on New Year’s Eve 2011 and soon moved to NYC to pursue their dreams. Though Chrissy is an up and coming actress she also lends her voice to the pop songs on Stu’s debut EP “On My Way” which has been mixed in L.A. by Eric Greedy (Kelly Clarkson, Smashing Pumpkins) and Mastered by Joe LaPorta of Sterling Sound in NYC (Imagine Dragons, John Mayer, Foo Fighters).

Stu began writing songs at a very early age experimenting with jazz music along with pop using influences like Dave Matthews, John Mayer, and Coldplay to shape his style. Now he has found a niche writing catchy tunes in sync with the likes of Imagine Dragons, Mumford and Sons, OneRepublic, and Bruno Mars.

The Bashams have a unique style when combining vocals which is a sound not to be missed. Pair them with Stu’s hooks and melodies and you’ve got one strong recipe (again please make sure it’s vegan) for success. On My Way was released in August 2014. Though they love the creativity of New York Stu and Chrissy hope they don’t go deaf from all the subway screeching.

Stephen Vicino is the founder of MusicExistence.com. He created this site to give talented musicians a voice and a way to be discovered.
@@svicino
Previous The Clameens new single ‘Techno’
Next Brit-Rockers EofE announce self-titled debut album