Home / Article / Interview with RVLS: “We’re all here for the same goal; there’s no reason we shouldn’t be able to get there together.” 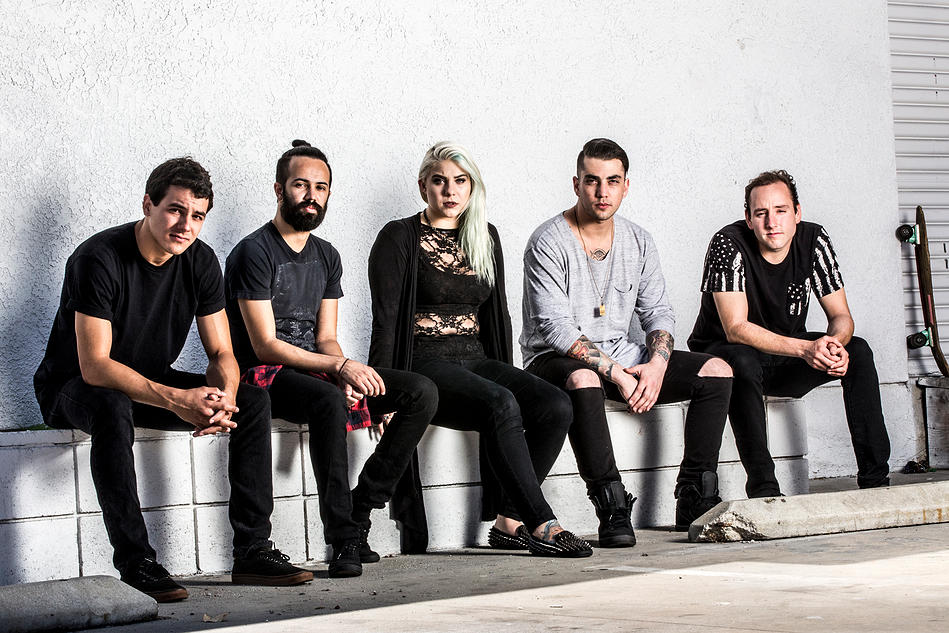 Interview with RVLS: “We’re all here for the same goal; there’s no reason we shouldn’t be able to get there together.”

Any band willing to make serious local noise should take cue from this promising quintet. Since their inception on Christmas Day less than two years ago, RVLS (Rivals) has worked relentlessly on the Los Angeles, California alternative circuit. Their consistent live presence, sponsor by Caught Alive Clothing, and release of a debut EP has brought them a healthy influx of new fans.

When you first thought of starting a band, what specific elements were you looking for?

Micket: When we initially started the band, we wanted to make music that was out of our comfort zones. Most of us came from a metalcore background and Kalie came from pop. We wanted to be able to mix the two genres and try to make a style that was new and enjoyable for not only us in the band but the fans as well.

Despite being part of an extensive music community, it’s common for some musicians to experience difficulty finding others to collaborate with. Could you guys relate to an extent?

Kalie: When Micket came to me to sing on a song he had written, it ended up turning out so good that we went on a search to find more members. In the beginning it took a lot of trying people out, people canceling or just flat out saying no. Our drummer at the time came first, and eventually we added Justin, our current guitar player, to the band. The lineup was completed with Jake, our bass player, who is Justin’s little sisters friend.

I wouldn’t say we had the most difficult time finding members, but it definitely took a lot of time to find people who were reliable, trustworthy and hardworking.

Describe your first time performing live. What did you learn from the experience?

Justin: If there is one thing we’ve learned as a band from our first performance together, it’s that we vibed very well from the start. The energy was insane, the people were into it, and we realized that music isn’t just about the music. It’s about the entertainment, the show, the performance that will make people walk away with a smile on their faces and the want to come see that awesome show again.

After building a consistent live presence, would you consider the transition into the recording studio a smooth one?

Micket: Yes. You have to be good at both. The studio is probably one of our favorite places to be beyond the stage.

How did it feel once you finished your EP, Haunted/Hunted, and shared it with the world?

Kalie: When we were writing the record, we initially wrote over 15 songs for it, and finally narrowed it down to the 6 that are on it. We had our doubts on what songs were good and which ones were bad, it was a long process of deciding what we thought would best represent us as a band. Once we knew, we recoded the record, and played the songs on repeat to ourselves for weeks before we actually projected a release date. It was stressful honestly. There’s always this constant fear of like “What if people hate it,” but of course we released in May like planned.

After the release was out, and all the positive feedback started flooding in, it really laid our worry to rest. It felt great to have that off our chests, you know?

What inspired the feel of the music video for “This Water Seems Shallow”?

Micket: Well we do watch a lot of action packed zombie movies that inspired some of these scenes. But unfortunately Kalie couldn’t be in the room when we were watching them because she’s terrified of zombies.

I’ve noticed that a lot of alternative rock has generally become softer these past several years. Then when I listen to your band, it’s a lot heavier and more compelling by comparison. Even with this changing musical climate, what drives you to follow your heart?

Jake: We were mainly in metal bands before this, so we thought it would make sense to do what we are already accustomed to and just recreate it in an alternative rock aspect.

RVLS has seen tremendous growth in just these past few months. Do you feel that this rapport was due to your establishing a live presence first, or did it work hand in hand with social media?

Jeremy: Both of those things go hand in hand. You can’t establish a following through social media with lack of performance, and vice versa. Especially in today’s market, where the internet is such a prominent place for advertisement, it would seem silly to lose out on both forms of promotion.

Your last gig was at Chain Reaction supporting the UK band Oceans Ate Alaska, who had just begun their US debut. What kind of thoughts went through your mind before, during, and after your performance?

Justin: Before – *Anxious, but excited* During – “Woah, these lights are really awesome!” After – “Pure entertainment.”

In the music scene you’re part of, do you feel it’s important to make as many rivals as friends?

Kalie: We just think it’s important that you constantly support those around you. We’re all here for the same goal; there’s no reason we shouldn’t be able to get there together.

Justin: We just finished filming a music video for our newest single, “Haunted/Hunted,” which will be out on August 25th. We are also planning some tours here soon to start expanding our reach and fan base.

Kalie and Micket: To infinity, and beyond!!!

I come from a family who is passionate about all things music. I learned to sing at an early age, and by 13, had my very own Fender Strat guitar. I tried my hardest at learning all that I could. Because I was born with cerebral palsy, I had to teach myself an adaptive playing style. I learned to write and record my own music, despite these difficulties. In college, I started making great use of my writing abilities by reviewing music, as well as copy editing. I guess it's best to stick with what you know, while welcoming a fair challenge at the same time.
Previous 30 Years of SummerStage: Interview with Erika Elliot
Next Valleys Announce The After The Slaughter Tour