Home / Album Reviews / Ian C. Bouras – Pieces of the Past 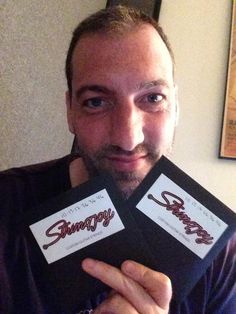 Ian C. Bouras – Pieces of the Past

Ian C. Bouras – Pieces of the Past

Ian C. Bouras (core member, guitarist, composer, writer, arranger, and engineer) just release his latest CD entitled “Pieces of the Past” in 2015. He’s from New York and was recently nominated by Billboard Magazine to be among the top songwriters in 2004 and 2005 for his work with AñaVañA. His first solo release on SDMP Records, entitled “A Cure For Reality” (2007), has Ian producing, playing guitar, keys, bass, programming drums, and mixing, and earned him attention from music fans and critics alike: Here’s what one critic said about his music” A surprisingly unique and fresh sound. Artists like this are responsible for the evolution of musical genres.” — Blips and Beeps. We’ve all watched musical trends and rock artists wind through their fair share of the nine lives that often accompany the personnel-shuffling lo-fi garage-rock world. I find it interesting how music from the 50’s when compared to pop from the 80’s and 90’s may sound different but it all has the same component. The artists at the focal point must be good all-around entertainers not relying too heavily on one skill set mind you. Paula Abdul is a perfect example, when in her prime was at best an average singer but had an above average look and an impeccable knowledge of choreography. It all balances out I guess. Unfortunately much of his carries over Independent music as everyone and their mom can now release a new CD to be cherished by a few loved ones and some close acquaintances. Much of it is to do about nothing. So it’s no surprise that there’s a veteran artist named Ian C. Bouras with his musical mastermind just released his third release entitled “ Pieces of the Past” in 2015. At first glance you might expect this is just another overly Progressive Ambient math-musical statement from a super geeks behind a PC trying to be dark right? Guess again! From the opening lines of “Everything You’ve Always Wanted” to the resolved close of “”No One Like You (Chill Out Mix)” this is an unleashed whirlwind of musical insanity – in a somewhat controlled setting. This is controlled chaos. It’s also an instantly likeable collection of 7 tracks offering the best that Independent Ambient Music has to offer. What I like the most about Bouras is how he is largely uncomplicated, without the sticky-catchy gimmicks of an Electonic sounds like a bold font stuck in your face. The guitar playing from C. Bouras – not re not an over the top testimony either, but rather a well executed, conservative staple that is modest and well packaged. The more I listened to this CD the more it feels as if he is clearly one of those yet to be discovered “under the radar” type powerhouse artists. Of course I remember the days where Prodigy filled the airways. A flashy piece of music may be is worth a thousand words, but a good song can say volumes more. Much of this is in stark contrast to Ian. C Bouras with its crisp sound he and his counterparts bring. It’ may be true that the Chill-Dub legions especially along the East Coast and where I live (Boston) may be forming a new type of musical revolution. Almost an Ambient- Pop backlash if you will. Who cares about flashy pop anyway and it’s house of cards. Like the sugar rush of any power pop song sometimes their dedication to the aesthetic loses its flavor in the end. Ian C. Bouras may have a hint of Ambient and Electronic but as a composer he’s a polar opposite to the aforementioned nonsense. Having said that “Pieces of the Past” is in a class all by itself. .