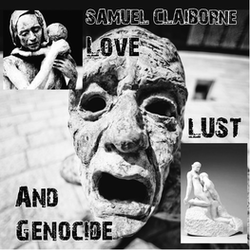 From the beginning to the first track and lead single “Say Goodbye To America” throughout the entire album, Samuel Claiborne resurrects a 90’s alternative rock sound that has been dying to make a comeback. The lead track is catchy, political and emotionally charged. That can also be said about the rest of his new album Love, Lust and Genocide. Hailing from New York, Claiborne has an unforgiving sound and a message that will not halt itself from being delivered. While hard to find a comparison for his sound, the closest thing may be Nirvana’s Kurt Cobain. Filled with angst and unafraid to speak of sexuality and spirituality, the former quadriplegic also touches on his experiences in his recovery process and the gratitude he feels towards it.

Love, Lust and Genocide is a very honest collection of songs. While only nine tracks seems a bit short for such a powerful release, all of them together provide a statement that really needs nothing more to get its point across. “Lion and the Lamb” features some beautiful string arrangements and sounds like a track that could have been influenced by The Nightwatchman (Tom Morello) due to its excellent strumming and picking patterns.

While Clairborne may be a generation late with this release, its throwback sound to the grunge era is welcomed. It may fly under the radar of rock releases in 2015, but that does not discount how excellent and deserving of praise it is. 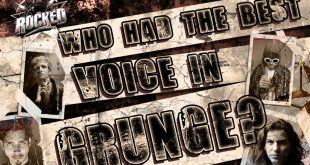 Who Had The Best Voice In Grunge? 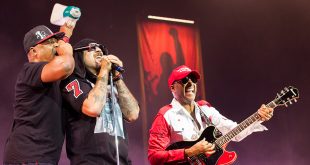