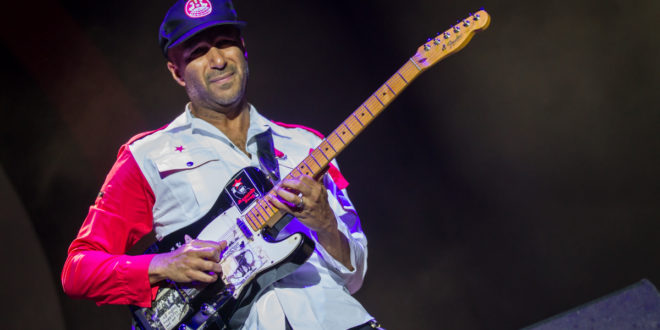 Prophets Of Rage at Nova Rock 2017

More often than not, record labels and management companies are consistently scouting for pop music’s next big thing amongst the early-teen demographic. They begin molding these musicians into money-making machines and often don’t prioritize education past a high school diploma. University degrees are hard to find amongst the world’s top-earning musicians, but those who have them should not be over looked. Therefore, Music Existence has decided to acknowledge some of the industry’s most notable rock n’ roll graduates listed below.

The founding member of Boston received both his bachelor’s and master’s degrees in mechanical engineering from MIT in 1970. After graduation, he began recording what would become Boston’s self-titled debut album, which would be released in 1976. The album still ranks today as one of the highest-selling albums in U.S. history.

Tom Morello (Rage Against the Machine)

As a founding member of Rage Against the Machine, Audioslave and Prophets of Rage, Tom Morello has a lot to add to his resume in addition to being a Harvard graduate. Morello was very politically active in high school which led to his enrollment at Harvard as a political science major, where he graduated in 1986.

Brian May might be the mastermind behind rock anthems like “We Will Rock You,” but his scientific contributions to society are out of this world. May received his PhD in Astrophysics from Imperial College London in 2007, where he began his studies in the early 70s. His research was studying the velocity of interplanetary dust within our Solar System.

A serious misfortune in today’s music industry is when artists are unable to comprehend the financial side of album sales, record deals and merchandising in regard to their own art. Although a common philosophy among artists is to let label execs and lawyers handle the details, Guns N’ Roses bassist Duff McKagan wanted to learn these things for himself. Starting at community college, McKagan eventually enrolled full time at Seattle University’s Albers School of Business and Economics. His new financial background led the bass player to start his own financial advisory firm, which educated fellow musicians on the finances of royalties, albums sales and more.

Morrison attended a few schools during his post-secondary education, but ultimately graduated from UCLA in 1965. He took literature, theatre and film classes while attending UCLA which are said to have had a large influence on his song writing style.

It wasn’t until after the success of Weezer’s self-titled debut album that frontman Rivers Cuomo decided to enroll at Harvard, only to drop out to record Weezer’s second album Pinkerton in 1996. Cuomo eventually re-enrolled at Harvard and graduated in 2008 with an English degree.

One of the best songwriters of all time initially attended Columbia University as an architecture major, but eventually graduated with an art history degree in 1965. Garfunkel would continue his studies at Columbia and receive a master’s degree in mathematics education in 1967.

Of all the musicians on this list, Dexter Holland of The Offspring is probably the most actively engaged member of the academic community to this day. His numerous contributions to academic journals on microbiology and HIV genomes are all thanks to his studies at the University of Southern California, where he received his PhD in 2017.

Toronto based writer for Music Existence. Lover of all things Slash, rock n' roll and Star Wars.
@katietymo
Previous Single Review: Dynamyte “Show Me You”
Next Single Review: Savannah “We Are Us” 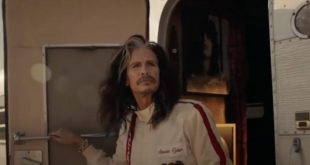