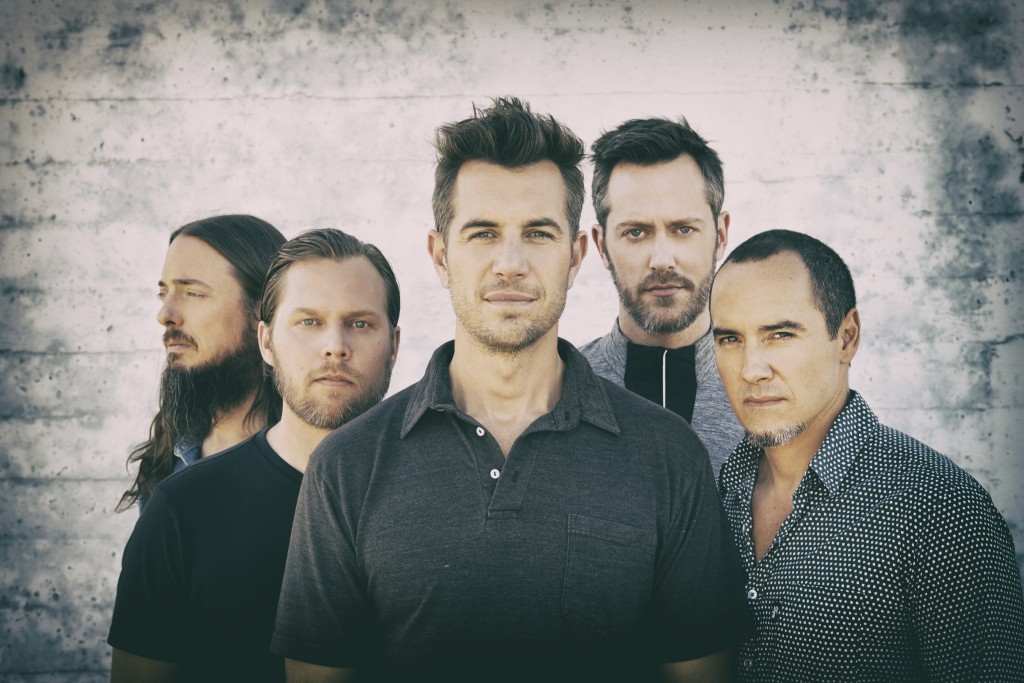 Twenty-five years of 311. That’s how long this band has been doing their own thing, which other groups could only hope to emulate.  While fusing rock, reggae, hip-hop and funk into their own unique sound, 311 has been able to keep the same core group of members together for over two decades. 311 has sold millions of albums, tour consistently every year and have turned their music into a movement for their fans. Fans of 311 want to know everything there is to know about the band they love and at times, details were scarce. The band is opening up their vault and will be releasing its first ever box set this year to commemorate 25 years of making music. The box set of 80 tracks will include old photos, unreleased songs, b-sides, bonus tracks, pre-production recordings & demos that the public has never heard.

At the helm of this group from Nebraska is lead vocalist, Nick Hexum. I recently spoke with Nick about the band’s upcoming summer tour, what we can expect from their new album and what it’s like to have their own holiday.

Me: So, you guys just wrapped up the 311 Jamaican Cruise and are getting ready for the summer tour. The tour will start off with a special two-night show in Las Vegas over the July 4th weekend. On July 4th, the band will be playing the Blue album ( 311 self-titled) in full. Can you take me back to the making of that album? Did you all have any idea it was going to blow up the way it did with MTV and radio play?

Nick Hexum: It was at a time when we were picking up momentum and we felt like anything was possible. We had so many ideas and we were doing pretty good. We were able to get a really cool house in the hills that we could live at and write at. We could work with our dream producer, who at that time was Ron Saint Germain, since we had grown up on Bad Brains and other work that he had done.

To have him come out, there was so much excitement and energy. We just felt like things were getting ready to blow up. Our shows were getting bigger and bigger just through word-of-mouth and we weren’t really going to rely on MTV because we didn’t feel like you could count on that, given that our music was so out of step. We were just planning on touring and we didn’t think we would get on the radio. We just stuck to our guns and they came around to us.

Me: Your live show is something that fans continue to come back for year in and year out and you have a new set list every single night. Was that something that was a conscious effort in the band from the beginning? Are the diverse sets each night more for the bands benefit or for the fans?

Nick Hexum: I would say both. Having a different set list every night makes it fresh for us. But, we also know that people come year after year and sometimes to multiple shows and drive around with us, so we want to make sure it’s a unique experience. There are certain songs that we play more often than others, but then we are able to do certain shows that are full of more hardcore fans where we can say, “we know all of our fans have heard this song so let’s keep digging for rarities.”

Me: I’ve heard interviews with other members of the band and yourself where you have been asked about songs that may never see the light of day again such as “You Get Worked” and “We Do it Like This.” Are there any songs that you wish you guys played more of out in a live setting that don’t usually get much play?

Nick Hexum: I would say if I wanted to play a certain song than the other guys would go along because we try and accommodate everybody’s creative output. And there are a couple that maybe I like more than the other guys, but they still get played.

Me: Your last album Stereolithic was really great from front to back and you guys are cutting the summer tour a little short this year so you can get back into the studio. Can you tell me anything about the new songs? Will they sound like Stereolithic or will there be more ballads and reggae on this one?

Nick Hexum: I would like to see more ballads with clean and distortion guitars. I love the rockers, playing live. It’s interesting, if you look at iTunes, you’ll see certain songs that maybe aren’t as great live but they are better to listen to on an album. We just want a nice balanced approach, but I feel like I’ve written some good, chill songs. Right now I’m working on what might be one of the hardest, craziest song that I’ve written in a long time.

I actually have a co-writing session with Chad (Sexton) tomorrow and we are going to get in there and work on some slamming stuff. We will be working before and definitely right after the summer tour. We’ll just get in there and really crank it out.

Me: Do you think that all of the side projects like The Nick Hexum Quintet or the bands that SA (Martinez) is apart of gives you guys some breathing room in 311? Does it help to have another place where you can get those songs out that might not be as great of a fit for 311 when you are ready to make an album?

Nick Hexum: I do. I think that was kind of something that I needed to get out of my system and at the time I was really fired up about it. It’s nice to know that’s there if I have something that I’m inspired to do that doesn’t really work for 311. Generally, I know that there’s some magic in the five of us that will not exist anywhere else. I’m definitely focusing on 311.

Me: Do you have any plans after the new album to do anymore solo stuff?

Nick Hexum: Well, I realized that I’ve got quite a few demos lying around that need to see the light of day one day. No plans, but a few years ago I realized that the more songs I write, the more I have to pick from. That said, output has really increased and I have tons of songs sitting on my hard drive. That’s kind of in the back of my mind. Maybe an odds and ends thing, who knows?

Me: 311 will also be releasing the sort of long-lost Hydroponic album from 1992, do you remember the first moment or first song you wrote when you realized you wanted to make being a musician a career?

Nick Hexum: I had always wanted to be a musician since kindergarten, my parents tell me. Literally it was laser focus, no other option. When I heard The Clash when I was twelve years old, it really changed everything for me to hear that kind of energy and diversity in music. Then, when Tim (Mahoney), Chad and I started playing in 1988 in a band called Unity, that was where the 311 sound was born. That was the first time I ever rocked/funked that hard and there was no looking back. It wasn’t a matter of “if” it was a matter of “when” and “how” we were going to do it one day.

Me: With the 25th anniversary of the band coming up, you guys will release the 311 box set, which sounds like a die-hard 311 fans dream. Was it cool to go back through all of the old demos, photos and recordings or was it cringe-worthy at times?

Nick Hexum: The audio is going to be slightly uneven because some of the stuff was recorded to cassettes but most of it was recorded to various digital formats. We kind of expected that there would be a few “cringe” moments. But, we realized that people would really appreciate hearing the demo to “Strong All Along”. People have been living with it now for 20 years but the original demo was called “Pass the Grass” and it’s got lyrics and it’s pretty hilarious to listen to. That’s a good example of how it will be a trip for people to hear the differences in what turned into a song that they’ve been living with for a really long time.

Me: To go from poor sound quality to stuff from Stereolithic, Producer Scotch Ralston really seems to bring out the best in you guys, especially on “Tranquility” which is such a great song. What’s it like having him back with you guys and will he be part of the new album as well?

Nick Hexum: I agree and yes he is going to be producing our new album. He knows us so well, musically. He really is like a six member of the band. Sometimes he’ll write a melody with me in mind, which normally producers don’t do and if I’m stuck on something I can ask, “what would you do here?” He channels his inner Nick Hexum, which is very convenient for me. He comes up with stuff that I never could have.

Me: I talked with P-Nut (bassist, Aaron Wills) a few years ago and I asked him about the album Transistor. I’ve always considered that album to be your “Sgt. Pepper” album because it was so diverse and so different. I asked him what the bands motivation was during the making of the album and he told me, “To me, it was a huge 50 foot high middle finger of fire to the people that thought we would make the Blue album number two.”

He said that if I asked everyone else in the band that I would probably get a different answer about what that album meant to all of you. So, can you tell me what your thought process was in making Transistor?

Nick Hexum: I think that it was defying expectations and really taking a big step into the unknown. We had a lot of confidence so there was an “anything goes” kind of attitude. We were coming off such a commercial breakthrough and it was really about being totally artistic. Honestly, it’s great that that album has had such a long second wind because at the time, I guess there really were people that wanted a Blue album part two. They wanted more rap-rockers all the way through. The fact that the album was 22 songs long and there’s still b-sides that I believe will be on the box set that no one was ever heard…it was a very prolific time because we felt such momentum. It was really just about making a creative step forward.

Nick Hexum: Yeah. I think we’ve got in a nice groove that people can expect the cruise one year and 311 Day the following year. No details to release but it’s what we do. We love having the event. I think that the difference between the cruise and 311 Day is awesome. 311 Day is more about the music and the cruise is a total experience with the destination.

Me: I was at the last 311 Day in New Orleans and it was an incredible atmosphere around the city to be apart of.

Nick Hexum: It’s really nice being something that we stumbled into because of our band name. Other bands don’t have a holiday and it’s a very nice fortune that our band name happens to apply to a date. So, it’s pretty cool how that works out. 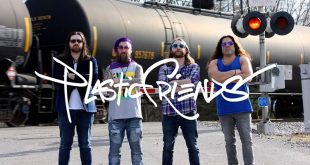 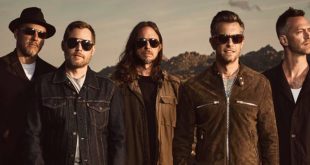 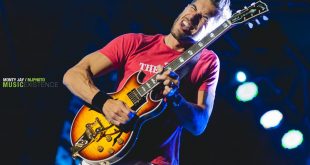 Tom Tikka is living two lives these days.  Three, if you count his personal life.  …