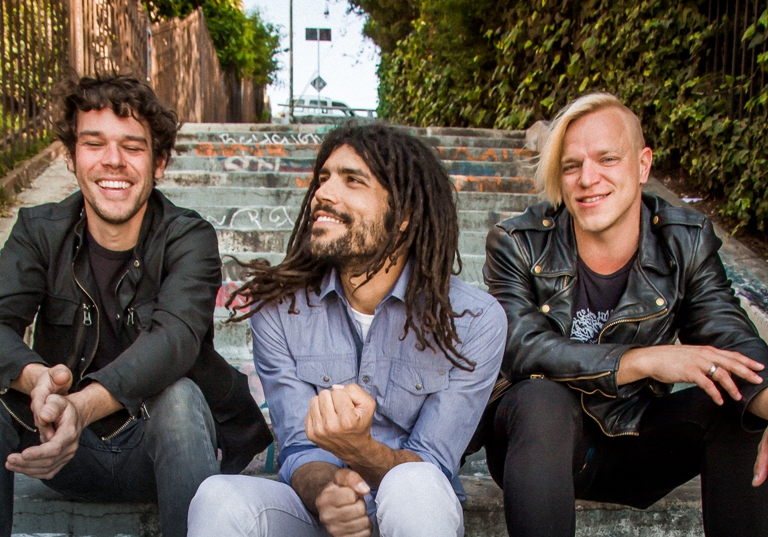 Combining elements of flirtatious dance beats, disco-influenced American pop, and a lush Caribbean sensibility, Jutty Ranx is a genuinely 21st century musical concept. The group will be releasing their new single “I See You” in the US on November 4th, distributed by The End Records / ADA. The single includes the original version of “I See You” plus 5 remixes.

The official music video for “I See You” has garnered over 7 million views on YouTube.

Fronted by the playfully enigmatic Justin Taylor (a half-Jamaican/half-Kiwi vocalist with a captivating, laid-back style), and grounded by the production expertise of Jaakko Manninen (the Finnish dance pop mastermind of Beats and Styles), Jutty Ranx is the next generation of popular music. Together with multi-instrumentalist Ryan Malina, this team has been making a huge buzz with their straightforward attitude and relentless work ethic.

Formed in early 2012, the Los Angeles-based group goes beyond the typical electronic-music method of create and wait: they record, mix and master their music themselves, they play live shows with live instruments, and produce their own music videos filled with colorful images and DIY ingenuity.

The first single “I See You” made big waves all over Europe in 2013, receiving a Double-Platinum certification for sales in Italy and massive airplay all over the continent.

The band is now gearing up for its US debut with “I See You” and an extensive remix pack through The End Records. Stay tuned for more details about their upcoming debut full length album coming in 2015!

Stephen Vicino is the founder of MusicExistence.com. He created this site to give talented musicians a voice and a way to be discovered.
@@svicino
Previous MY GOD, IT’S FULL OF STARS LAUNCHES INDIEGOGO CAMPAIGN FOR DEBUT EP
Next Interview With V. Nova