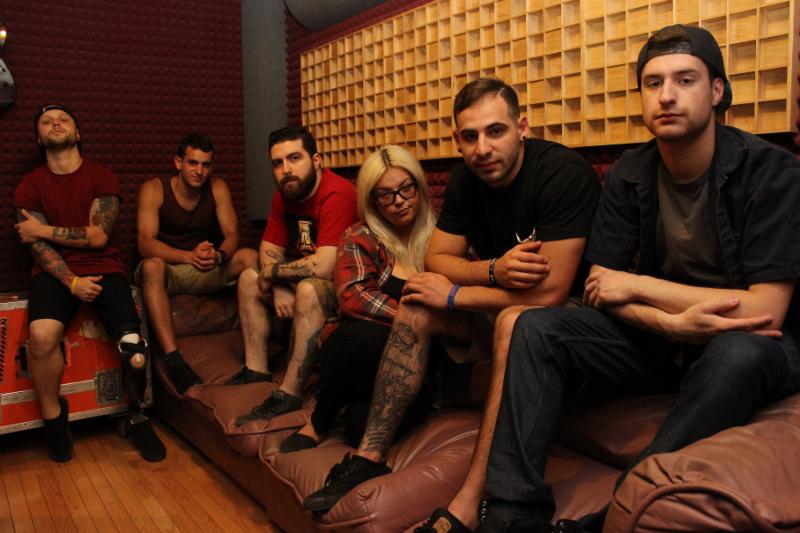 NYC’s When All Else Fails wear their hearts on their sleeves while dishing out their emotional brand of extreme music. The band’s first single “Agree to Disagree” is a raging, anthemic slab of heavy, metallic hardcore. Powerful and lyrical, it is a pointed introduction to the band’s philosophy of destroying life’s sometimes overwhelming obstacles. The band recently shot a music video for the new single, filmed and directed by Tony Hanson of Fenix Studios. BlankTV has the exclusive premiere on their YouTube channel!

Breaking down barriers is something vocalist Rich Canci has been fighting for almost every day of his 23 years on this planet. A 5-time cancer survivor and amputee, Canci’s single-minded drive manifests itself in his charity work and live event promotions, all while finding time to tend bar and graduate from nursing school. This seeming one-man army doesn’t do all the heavy lifting in When All Else Fails, though. Alongside Rich is Samantha Pietrunti, whose clean vocal work provides a lush counterpoint to Canci’s hardcore vocal delivery. Couple their voices with the melodic leads of guitarist James Kenny and the driving rhythmic backbone of Matt Shake (guitar), Ed Mone (bass), and James Aquaredda (drums) and you’ve got the recipe for your new favorite band.

When All Else Fails is working hard to claim that title. They just wrapped Stepping Stones, their debut EP, which will undoubtedly catapult them out of the tri-state bubble and put them on the map for listeners all over the world to hear. As the first single from Stepping Stones, “Agree to Disagree” is an incredible first volley in this campaign for world dominance.

Tags Agree To Disagree Music Video When All Else Fails

Stephen Vicino is the founder of MusicExistence.com. He created this site to give talented musicians a voice and a way to be discovered.
@@svicino
Previous Simple Minds To Release Brand New Album Big Music on November 3rd
Next BRIDGE NINE TO RELEASE ALCOA’S ‘THANK YOU’ COVERS EP