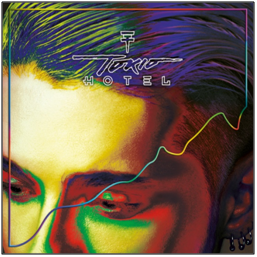 TOKIO HOTEL is back in a big and bold way. The international superstars have sold 7 million records worldwide, performed for 500,000 people in front of the Eiffel Tower and gone platinum in 68 countries…and all before their 25th birthdays. In the midst of this enormous success, the band needed to take some time away from the spotlight. Now they’re exploding back onto the scene with their new full-length album KINGS OF SUBURBIA, available on all digital platforms in the U.S. this Tuesday, October 7, as well as physically in-stores on November 11 via Los Angeles-based De-Code LTD, distributed through Caroline.

“Love Who Loves You Back,” the album’s first official single, has instantly taken off at both radio and online. The propulsive and sensual track–which reflects a new maturity and impressive growth in the young group–grabbed the attention of Los Angeles’ influential modern rock station KROQ 106.7 FM which has already added the song. San Diego’s 91X has also jumped on before the official radio add date, as well as other market leader stations across the nation. More adds are coming in now.

The provocative music video for “Love Who Loves You Back” exclusively premiered Tuesday (9/30) via a partnership with Facebook and has taken off virally, receiving an average of 2,000 views per minute. The current combined Facebook and YouTube views exceed 1 million. In advance of the album’s release, the group released new teaser tracks “Run, Run, Run” and “Girl Got A Gun” with coinciding visual pieces, each showing the alternative and playful sides to the one-of-a-kind foursome.

With their debut album in 2005, TOKIO HOTEL–twin brothers Bill (lead singer) and Tom Kaulitz (guitar, backing vocals), Georg Listing (bass) and Gustav Schafer (drums)–rose to become the most successful German rock band of the last 20 years. 7 million copies of their releases have been sold worldwide, and with around 160 Gold and 63 Platinum awards in 68 countries and well over 100 national and international awards, TOKIO HOTEL is an international phenomenon. Never before had a German band won an American MTV Video Music Award until they took home the honor of “Best New Artist” in 2008; they have also been recognized with the Japanese MTV Music Award for “Best Rock Video” in 2011 and five European Music Awards. It all adds up to a career utterly without parallel.

Tags Love Who Loves You Back Music Video Tokio Hoyel

Stephen Vicino is the founder of MusicExistence.com. He created this site to give talented musicians a voice and a way to be discovered.
@@svicino
Previous Erik Neff “At The End of The Day”
Next ERIC DASH ON TOUR NOW WITH THE JANOSKIANS | Win Tickets!