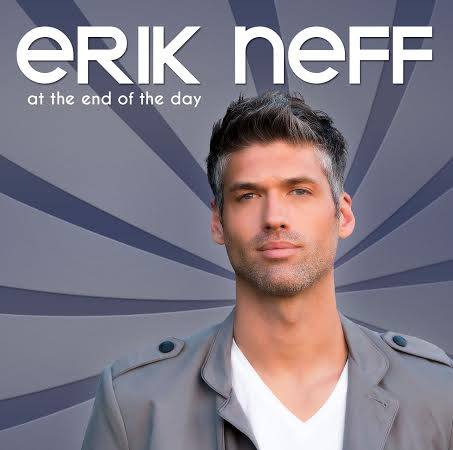 Erik Neff “At The End of The Day”

Erik Neff has been in the Dallas music scene for over 20 years as both a solo artist and as a Masters Student and subsequently a Master’s Class Instructor The Septien Entertainment Group (Jessica & Ashlee Simpson, Ryan Carbrerra, Beyonce’, Demi Levato, Celine Gomez). During that time he has had the opportunity to open for national acts such as John Mayer, Scott Weiland, Tyler Bryant, Ian Moore, Stevie Nicks, Blues Traveler.  Erik has also travelled the world as a Kim Dawson Model and is a standard with Nieman Marcus, J.C. Penney’s, Hanes and other international brands.

Not to settle for just another “pretty Face” Erik has established himself as a masterful guitarist, vocalist and performer with deep roots in Blues, Country and Rock. Erik’s Debut album “At the End of the day” almost defies categorization as he brings these influences together.

On stage Erik delivers the passion of a true artist dedicated to advancing his craft and masterfully telling stories that will inspire and captivate audiences of all ages. To help him achieve this he is backed by some of the hottest player’s Dallas has to offer in Tim Marks (Taylor Swift / Lionel Richie) and Steve King (Keith Urban, Jason Aldean).

When frontman Erik Neff walks on stage, he closes his eyes and opens his heart for all to enjoy. He sings with the intensity that can only come from someone who has felt the pain he sings about. This passion was authentically captured through the Seasoned skills of Grammy Award winning producer Ryan Greene(Megadeth, Jay Z, Cheap Trick) and producer Sean Neff (Dolly Parton, Rascal Flats, Chicago, Bon Jovi). Their different styles and Erik Neff’s raw emotion resulted in his debut album “At the End of The Day”

Stephen Vicino is the founder of MusicExistence.com. He created this site to give talented musicians a voice and a way to be discovered.
@@svicino
Previous International Pop Artist SHEON socks with her latest music video
Next TOKIO HOTEL PREPARES TO RELEASE NEW ALBUM ‘KINGS OF SUBURBIA’