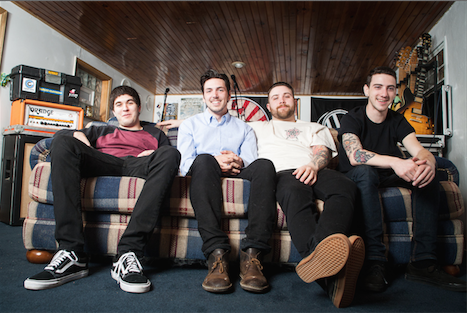 New Jersey alternative rock band Major League has premiered a new song today called “Kaleidoscope”. The track is featured on the band’s highly anticipated new album, There’s Nothing Wrong With Me, that’s due out on November 4th from No Sleep Records. Fans can also pre-order the record now at https://nosleeprecords.com/product/7341.

“Kaleidoscope” along with the rest of the new record was produced by Will Yip (Title Fight, The Wonder Years, Balance and Composure) and marks the band’s next evolution with guitarist Brian Joyce taking over vocal duties full time. The result is the best record Major League has made to date.

Major League will take their new record on the road this fall for a U.S. tour with Mayday Parade and Tonight Alive. Follow the band at https://www.facebook.com/majorleaguerock for additional updates.

Stephen Vicino is the founder of MusicExistence.com. He created this site to give talented musicians a voice and a way to be discovered.
@@svicino
Previous Symphonic Death Metallers Perdition Releases “Walls Of Bibilcide” Guitar and Bass Demonstration
Next NEIL YOUNG RELEASES NEW SONG “WHO’S GONNA STAND UP?” FROM UPCOMING STUDIO ALBUM STOREYTONE 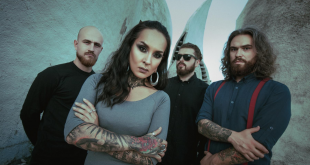