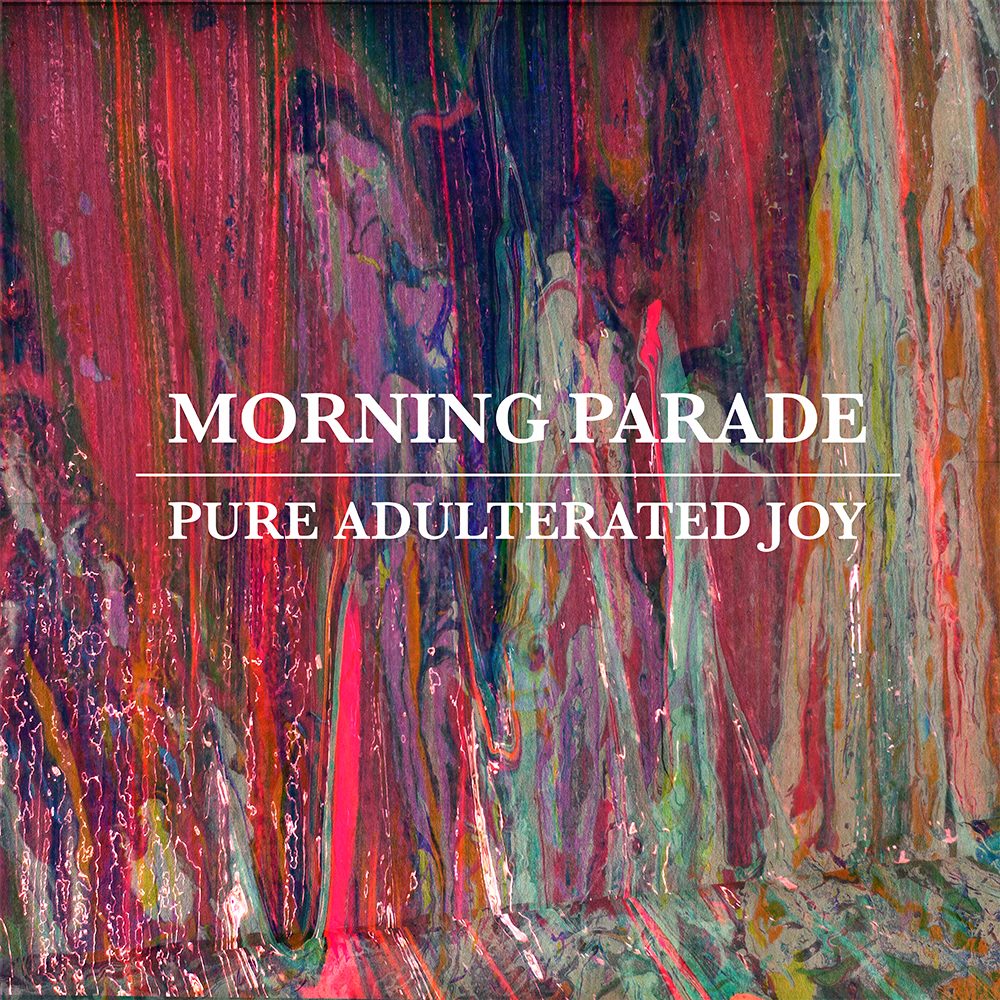 Check out Morning Parade’s new video for their hit ‘Reality Dream’ off their newest album Pure Adulterated Joy. Let us know what you think!

Morning Parade’s “sense of ambition is invigorating” (NME). That yearning took the band’s latest album Pure Adulterated Joy, to the Heatseekers Top 10 charts, driving the album’s lead single to sell more than 500,000 copies. Morning Parade is looking to extend their stay in the indie rock limelight through the release newest single, “Reality Dream.”

t’s a brand new day for Morning Parade, who’ve returned with a bold new full-length (Pure Adulterated Joy), on a new label (SO Recordings/Caroline), that finds the band settled into a much tighter and more determined focus than ever before. It turns out that going back to the basics, sprinkled with a generous helping of adversity and change, was the precise formula needed for the alt-rock five-piece’s most accomplished effort to date.

Set for a 2014 release, Pure Adulterated Joy comes after a dizzying year of growth and change for the group, who found themselves caught up in the Parlophone/Warner merger before inking a deal with Indie label So Recordings in the UK (Caroline/Capitol in the US).

But the situation gave Morning Parade the opportunity to essentially start over, taking stock of the band’s development and international achievements and getting to decide for themselves how the next chapter in their history will read. The album masterfully encapsulates that evolution, while still harkening back to the band’s epic dance infused roots.

Singer and Guitarist Steve Sparrow notes “Because we had no idea or guarantee of where we were going, it kind of took us back to when we first started making music. We’d had enough of being polished and everyone at a major label trying to make us look shiny and pre-packaged as “your next favourite band”. The writing sessions for Pure Adulterated Joy were all about making as much noise as we could and not worrying about the details too much, just having fun and writing for the love with no pressure again”

Driven by a love of songwriting and massive soundscapes, it didn’t take long to attract label attention, and in 2010 the group signed with Parlophone, leading to their 2012 Self-Titled debut. During that time the band toured the U.K., Europe and the U.S. extensively; most notably, Morning Parade spent fall/winter 2012 opening for alt rock legends Smashing Pumpkins. The band also performed on The Tonight Show with Jay Leno, as well as at Hyde Park to 80,000 people for the 2013 London Olympics torch relay.

Not all relationships are meant to be, and Morning Parade’s partnership with Parlophone eventually ended amid creative and visionary differences, they pushed hard to be released from their deal in a period of transition for the record label and succeeded in leaving.

The band then found themselves without a record label or a certain future. So they went home to Essex and did the thing they truly do best: make music. Later the planets aligned in the form of a contract with SO Recordings and their partners from the first record at Capitol records making the band’s gamble all the more worthwhile.

“We started to write some songs, but we didn’t have anything to fund ourselves, so we just went unpaid for six months, kept our studio space at home, and wrote the second album,” Sparrow recalls. “This time last year, ‘Alienation’ didn’t exist. The concept of the album didn’t exist; it all came together in May and June and then we recorded it in August last year. It’s fucking mad how a year can turn around.”

While recording Pure Adulterated Joy the band rented a house in Atlanta, GA and tracked at nearby Maze Studios, where Sparrow says the vibe was laid-back, fun and extremely productive. To lead the sessions, the band enlisted producer Ben. H Allen (Animal Collective, Cee Lo Green, Walk the Moon), who Sparrow says brought a much needed song-first focus to the overall process. The album’s tight cohesion reflects that foundation.

“It was nice to have somebody who was pushing against us, because I think as a band, and definitely referencing myself here, I was a bit of a control freak on the first record. This time around, I was willing to say ‘I don’t know everything.’ He really spoke to me in my language about the songs,” says Sparrow. “In terms of production, the songs are a lot more direct. There’s less beating around the bush, and there’s more variation in terms of arrangement and structure. It’s definitely a bit more cocksure and brave. I think the last album could be a little more oversensitive, or over-sentimental. I think this one’s just a bit more a shot from the hip.”

Despite its cheerful title, there’s an underlying disillusionment and despair that drives much of Pure Adulterated Joy, stemming mostly from Sparrow’s tongue in cheek view of our contemporary culture. The album chronicles the youth of today’s growing estrangement from an environment dominated by TV and the web, where everyone thinks they’re special and destined for stardom, and no one can dare face the reality that life is really a lot more boring than X Factor and American Idol. For Sparrow, it’s a lyrical rebirth.

“Lyrically, it’s completely different from the last record,” says Sparrow. “There’s an emotional sensibility that runs throughout, and it’s a bit more conceptual. I don’t want to bang on about it being a concept record, because it isn’t, but there are themes that run throughout the lyrics.”

A core track that encapsulates the album’s overall message is “Culture Vulture,” which explores the desensitization of society through mass media and information overload. The song began as simple spoken word written by Sparrow, and then later morphed into a full-band ode to the CNN and reality TV generation.

“’Culture Vulture’ was the start of building the content of what the record was really going to be about, the sentiment of the album. There’s so much information, you just don’t have to absorb any of it. It’s just going on constantly around you,” says Sparrow. “It’s a bit of an overload of everything at once, and me feeling like a passenger, really, and watching everyone’s behavior and feeling like, ‘That’s really strange.’ If you had 12 people shot dead in front of you, it’d fucking shock you for the rest of your life; you’d never forget it. But the fact that it’s coming out of the TV, you’re like… ‘Cool, what sports are on tonight??’” click and change the channel.

Social media and the bloated Internet also take center stage within the album’s narrative, especially on the first US single, “Alienation.” Along with its accompanying video by Christopher Mills (Modest Mouse, Interpol), the track examines the growing disconnect many experience from the very same technology intended to bring people together.

“It’s just more of a social thing—nobody really needs to pay attention to anything, because it’s just distraction,” explains Sparrow. “I’ll admit I am the worst for it! haha, constantly reading Twitter, my news feed and Instagram. If you’re an anxious person—and most people are!—it can be quite overwhelming. You don’t know how much of it you can trust or how much of it is real.

Sparrow says the title track was born during a highly intoxicated late-night jam at the band’s studio, which was stronger in spirit than actual performance. But recognizing the spark within, the band stoked the idea into the song it’s now become, capturing a moment of rare purity and elation in a world gone numb. It’s a fitting album title, representing not just one band’s struggle to find joy, but ultimately the struggle that faces us all.

“That night we were just making noise, completely out of our minds, and it was brilliant, fun, exciting, pure…It was real,” remembers Sparrow. “I had my Dictaphone around so I pressed record. The recordings sounded like shit, but the sketch was there and the spirit was awesome. It became the album title because it felt right, the way it happened, the energy of the song and the subject matter of the lyrics. Those elements encapsulate the other songs on this album, and what inspired us to make this record.”

Stephen Vicino is the founder of MusicExistence.com. He created this site to give talented musicians a voice and a way to be discovered.
@@svicino
Previous AUDREY HORNE Premiere New Music Video
Next New Track Alien Ant Farm ‘Homage’