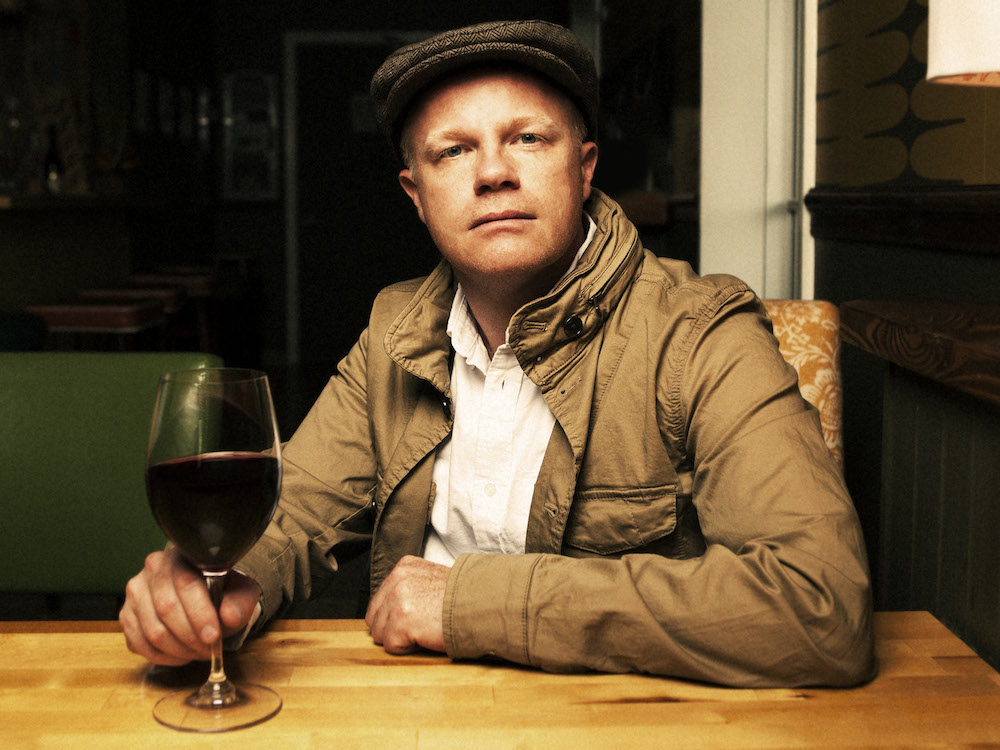 Kicklighter’s album The Fascinating Thinking Machine is available now! https://itunes.apple.com/us/album/fascinating-thinking-machine/id898800169
For Everett Young, life is all about second chances. He believes it is never too late to do what you love, and his darkest fear is looking back one day and thinking about “what could have been.” But to live a life without regrets, you have to take risks, and, according to Everett, learn the difference between chasing every fleeting opportunity and committing to a life of doing what you love. And often, what you love is discovered in childhood, and you realize you always knew it.

As a child, Everett showed musical aptitude at a very young age – he displayed a strong ear by four years old. When he was six years old, Everett began taking classical piano lessons, but something went wrong along the way.

“I didn’t practice very much and I didn’t learn to read music very well, even though my teacher pushed sight-reading and classical music,” explains Everett. “I just never caught the bug of wanting to become a great piano player. I played piano for years, but I never became a technically accomplished player. I think part of it was my psychological makeup and part of it was my teachers. It was more of an obligation to me, and I never had a teacher who was really inspirational.”

During and after college, Everett got into songwriting and decided to become a pop singer as a way to get girls’ attention. During this period, he even tried to learn the guitar, but found it too difficult and put the guitar aside after a couple of weeks, relying instead on his existing piano skills to write songs.

In his early 30s, while Everett’s first marriage was falling apart, he released an album. But he was so distraught about his personal life that he simply could not put the effort into promoting the album. Without the ambition or inspiration needed to succeed, Everett let his dream fade away and decided to earn a PhD in political science.

Everett’s first second chance came after his divorce. Before he began his graduate studies, he moved back to his hometown of Tallahassee and searched for the girl he had had a crush on in middle and high school. He found her, asked her out on a date and things went well. She eventually moved to New York to live with him while he attended graduate school, and they married shortly before he earned his PhD. One summer during graduate school, Everett pulled his dusty acoustic out of his closet and again made an attempt to become a guitar player. But, within two weeks, again he gave up, seeing the enormity of the challenge.

Armed with a new degree, Everett was ready to take on the world of academic political science as a specialist in political psychology. He taught at several universities , but his career never truly took off and, while job-searching without much success, his family was busy settling down in their hometown. Once he returned to Tallahassee, Everett put his dreams — academic and musical — aside and went to work in the family business, writing for their legal research publication. He and his wife had two girls and Everett was generally content. Aside from his friendships with a number of local musicians, music was mostly in Everett’s past.

But about 3½ years ago things changed. Everett decided to try to learn guitar again, and this time something was different. For reasons Everett is now coming to understand through close self-examination, he knew he would succeed this time. He committed to daily practice sessions, squeezing it in between work and his two young children.

“About 1½ years into it, around 42 or 43 years old, I realized that something unique was happening,” says Everett. “I was getting to the point where I could really play the guitar. This was something that a lot of middle-aged people had tried to do but virtually no one had ever done. About the same time, I went looking for a guitar teacher and in my search I learned that teachers couldn’t relate to me; they had no idea how to teach anyone my age or in my position. The person that helped me the most turned out to be a life coach. He taught me to stay the course, to embrace the adventure, embrace myself, take it day by day and stay in the moment, if I wanted to succeed in playing guitar.”

Everett’s next second chance came at this point – a new career. His experiences learning to play the guitar over the past few years had positioned him to become a guitar teacher. Within a few short years, Everett had become skilled enough to teach guitar and provide a unique perspective to older players. He can relate to them, understand their struggles, and provide the proper encouragement for them to succeed. He is currently working on a line of instructional and inspirational guitar books and materials related to this concept.

“I have a lot of ideas of what it takes to commit to a journey like this,” explains Everett. “Adult learners tend to give up quickly. It’s more about coaching guitar than teaching guitar. It’s the difference between motivation, which is temporary, and commitment. Motivation lasts for a few days, but a daily commitment incorporates this new thing into your life, into your very identity.”

And then there’s Everett’s third second chance – the opportunity to become a professional musician. His new album, The Fascinating Thinking Machine, features Everett on guitar and lead vocals. The album is full of up-tempo songs, very reminiscent of 1980’s in both the melodies and the sound. Everett finds today’s music overly simplistic and repetitive, so his goal as a musician is to write better pop music filled with sophisticated memories and thoughtful lyrics.

“I don’t think the textures and writing styles of the 60’s through the 80’s are fully explored and used up,” says Everett. “The concept I had was what if the greatest album from the 1980s never got put out, but instead got discovered and put out now. I’m trying to make sophisticated, intellectual pop. I want the album to have deep lyrics and be philosophically stimulating. I want the melodies to stick in your head and be yummy pop melodies — a gourmet meal, not fast food.”

The opening the track on his album, “Until You See the Sun,” is Everett’s favorite song on the album and one that he says people seem to be drawn to. It’s a song he wrote for his two young daughters, expressing the wish that they will find their passion, commit to it and live it throughout their lives.

Another standout that people enjoy is “After the Healing” – a song about relationships and the prayer for healing ones that are wounded. It was inspired by Everett’s recurring dream that he and his partner (in the dream but not in reality, separated) will meet up again one day and a healing will take place; they will be able to know each other and love each other in a way that they are not able to now.

The fourth and final second chance is actually one that Everett is giving to someone else – his high school chorus director, Ray Kickliter. During Everett’s high school years, these two disagreed often. Everett now recalls that Ray believed Everett was a “hot shot,” enamored of his own talent and needing to be brought down to size. And Everett felt as though Ray was an emperor who enjoyed ruling his domain more than being concerned about teaching his students. But when it came time to name his band, Everett’s producer suggested his old chorus director’s name. Everett declined at first, then, after much thought, decided to use the name with a slightly different spelling – Kicklighter.

“Mr. Kickliter and I butted heads, but Ray Kickliter had a big influence on me and, essentially, taught me how to sing,” remembers Everett. “Originally, I didn’t name my band after him. But I eventually saw it was a really good name and fit the music I was making. And, because it is his name, it can also represent a reconciliation. Even though we didn’t get along, he’s part of who I am. Last I heard he has Alzheimer’s and can no longer speak and is not really mentally there anymore. So he will never know about this. I honestly don’t know if he’d be flattered or upset! But he can’t stop me.”

With all of the second chances he has had in his life, Everett hopes that this album accomplishes one thing, besides being wildly successful: it shows his daughters how to commit to, and love, what you do in life.

Stephen Vicino is the founder of MusicExistence.com. He created this site to give talented musicians a voice and a way to be discovered.
@@svicino
Previous ALUNAH Premieres New Song
Next Josh Money Releases Multi-Genre Collab “ODDERHEAD”