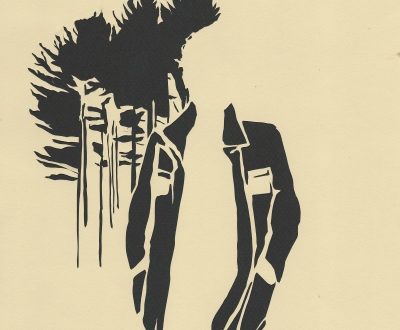 New Englander singer/songwriter Henry Jamison releases his debuts album titled The Wilds through Akira Records. Jamison broke out onto the music scene last year with his debut EP titled The Rains, and gained praise from Billboard, Noisey, and NPR World Cafe. With tracks from his debut EP and some off this record, Henry has racked up nearly 30 million Spotify streams with  more than 1 million monthly Spotify listeners.

The Wilds mixes together Henry’s lyrical talent with mellow, peaceful acoustic guitars and banjos that all in all displays a scenic masterpiece. With Jamison being a solitary artist, this debut album is a clear vision of the world through his eyes only. Consequence of Sound acclaimed him as a “visual lyricist” writing music that “sounds like a dream taking form.” For all the fans of Sufjan Stevens, Father John Misty, and Bon Iver, Henry Jamison is surely to be added to their playlist.

It’s no surprise Henry’s lyrics from each song acts as a visual movie, his family tree tells why. Henry’s father was a classical composer, and his mother was an English professor. Further back through the tree is one of the most popular songwriters of the Civil War era, and the 14th Century British poet John Gower in Henry’s family lineage.

The Wilds opens with “Bright and Future“, a low and suspenseful humming that smoothly transitions into the delicate acoustic guitar that is a consistent character on the album. This track perfectly sets the mood and tone for the rest of the album, as Henry’s voice tells a lyrical story with simple string plucks and melodies behind him. Track two, the album’s titled track “The Wilds” plays a similar vibe with the previous track, with elegant lyrics that flow effortlessly through the song like “She is in the wilds and the wilds are in her.”

“The Jacket” brings in a new element of simple, yet vividly fierce synth-drum beat underneath the reoccurring acoustic guitar and strings, which both build as the song grows. Listening to the track “Through a Glass” brought a cinematic vision into my mind: a dark and spooky forest, with the beginning melodies soaring through the wind in the distance. It makes sense that Henry recorded this album on a cottage atop a VT mountain; this setting notably shows Jamison’s inspiration and its impact on the tone and mood for the record, from the overall sound, the lyrical journey Henry tells, and even the song titles (“Black Mountain” and “Sunlit Juice.“)

The track that acquired the most recognition off the record and racked in over 20 million streams on Spotify is “Real Peach“, with irresistible chorus verses and light-hearted tone throughout the song. A song that instantly stood out to me within my first listen of the album and the hundreds of times I played it over and over again is “Varsity.” This track begins so gracefully with delicate guitar plucks followed by Henry’s striking falsetto vocals that sweeps you off your feet. Within the first few seconds of “Varsity” are the chatters of conversations and fireworks going off in the distance; these every day sounds can make listeners instantly find a memory in which those chatters and fireworks reminds them of and makes the song become more connected to listeners and related to the song itself.

Jamison’s newest single off the album “The Last Time I Saw Adrianne” is another soft acoustic guitar-based track under Henry’s serene vocals, which sings of nostalgic memories and bittersweet emotions. “The Rains“, which gathered over 6 million streams on Spotify, shows how greatly the Vermont cottage setting impacted Henry’s writing, and this song particularly with lyrics “And the rains came heavy from the north / And they were all outside / But I was not / I was in the kitchen looking out over the fields.”

Concluding the album is track 12, “No One Told Me” with the underlying subject of growing out of youth and unknown knowledge about the future, as Henry sings “No one told me all the ways of the world” and “No one told me how the love would grow.” This song perfectly brings down the curtain on The Wilds, a debut album dealing with the realization and acceptance of past conflicts and learning to heal and embrace what’s right now.