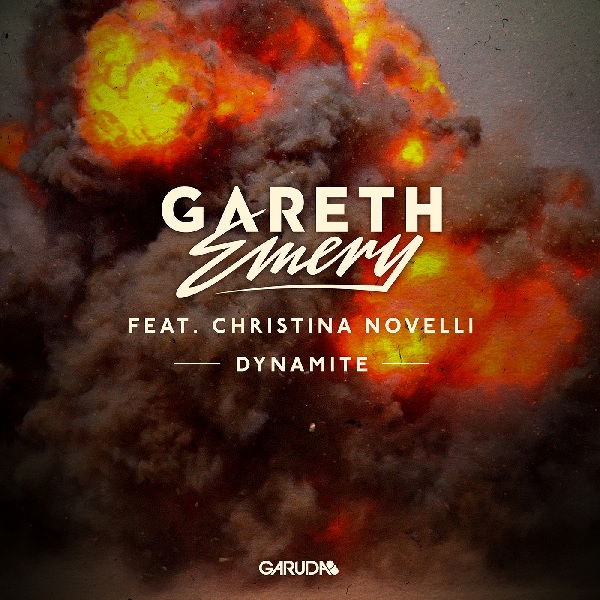 British DJ/producer GARETH EMERY has released “Dynamite,” the third single from his latest album DRIVE, exclusively on Beatport. Along with the radio edit and extended mix of the song available at major online retailer for DJs,, EMERY has also revealed its official video.

“Dynamite” features Christina Novelli, the voice of one of EMERY’s most successful tracks “Concrete Angel,”  and it booms with her angelic vocals sweetly delivering the chorus “Like a blazing light/ready to ignite/we are made of dynamite” helmed by explosive builds alongside a gentle piano.  Its corresponding video was captured at this past year’s sold-out Ultra Music Festival in Miami highlighting one of EMERY’s most captivating performances to date as well as the beauty of Florida’s most glamorous cities.

Along with the release of “Dynamite” this week, EMERY will return to the road for his  ‘Drive – An American Road Trip’ national tour commencing on August 29 in Montreal, Canada and includes festival appearances at both Budweiser Made In America’s in Los Angeles and Philadelphia, two back-to-back- shows at Webster Hall in New York City and a Las Vegas residency play at Marquee.

For the final leg of the DRIVE album support tour and the largest tour of his career to date,  EMERY will drive to some of the shows TBD, stopping at many markets he didn’t get to on his previous tour earlier this year including Minneapolis, Madison, Pontiac, Tampa, Chico and San Louis Obispo.  The 27+ date journey will culminate on November 22 with ‘The Finish Line,’ a special event with GARETH EMERY, somewhere in California TBA.   Tickets are on sale now.  For information log on to www.garethemery.com/drive-tour/

The inspiring story behind DRIVE—which hit #1 on iTunes’ Dance Chart in both the U.S. and Canada, and #27 on the overall chart upon its release April 1–is derived from EMERY‘s 3000-mile adventure across the Oklahoma/ Texas border on Old Route 66. Exemplified by his deep and purposeful musicality, adept songwriting skills and ability to convey emotion through sound, EMERY has created a unique blend of house, trance and electro that is explored fully on DRIVE. Other singles from DRIVE include the beautiful and ethereal “U” featuring Bo Bruce, and the full bodied Beatport Top 10 club banger “Lights and Thunder” with Krewella.

Stephen Vicino is the founder of MusicExistence.com. He created this site to give talented musicians a voice and a way to be discovered.
@@svicino
Previous PINK SLIPS: Debut Album of “Internet Punk Generation” Music
Next C-MoMoney – Yea I’m From Texas (Prod. by @uh_Oh_Word)