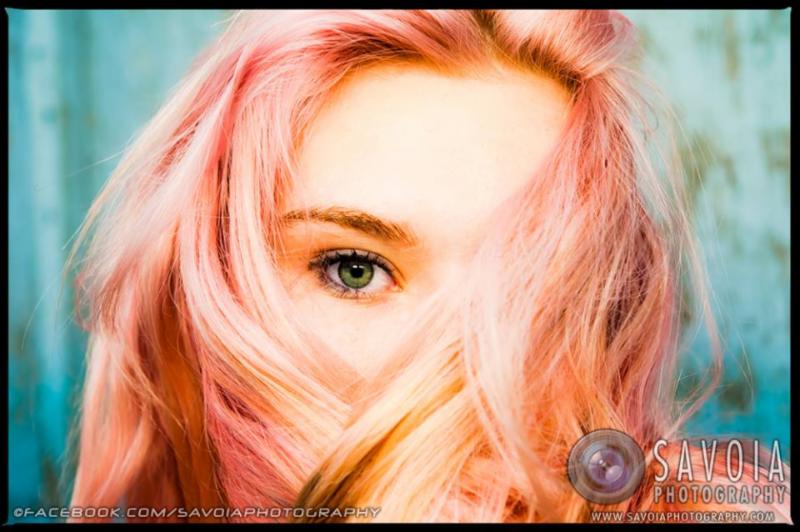 Los Angeles-based punk rock band PINK SLIPS–fronted by 17-year-old GRACE McKAGAN–will launch their self-described “shitty punk synth pop music” upon the world with the August 27 release of their debut album SAY L’OR VENUS. Performances have been confirmed for Los Angeles’ Troubadour September 14 and at the CBGB Festival in New York October 11. A video for their first single, “Foxy Feline,” will also be out August 27.

The PINK SLIPS–McKAGAN, KEENAN BEVENS and TRENT PELTZ–made their live debut at the CBGB Festival last October and McKAGAN told Artisan News Service about her wide array of influences. “We listen to a lot of Elliot Smith, Jeff Buckley, Amy Winehouse, Velvet Underground and that. And also more of the EDM stuff like Grimes and James Blake and Sky Ferreira.” McKAGAN also cites David Bowie, Debbie Harry and Blondie, Iggy Pop and Gwen Stefani as influences. “When I write my music and lyrics I constantly reference Bowie and Iggy Pop asking myself ‘What would they do if they were to write this song?’ I like my shitty punk synth pop music to make people excited, to want to dance around, to throw things, to party with their friends, to cry, to want to get out and do something and be a part of a whole new generation of music which I call the ‘Internet Punk Generation.'”

Growing up in Los Angeles, the singer/songwriter was around music her whole life and has always been drawn to the punk rock ethos, but feels strongly about having her music reach the masses. “My goal for the Pink Slips is to break the Internet Punk scene to the mainstream,” says McKAGAN, “and have other teenage girls and boys feel bonded over wanting to break things because they feel connected to this shitty punk rock revival.”

The PINK SLIPS’ attitude and music evokes the spirit of an era past, when the burgeoning punk scene instilled no boundaries or rules, combined with the group’s love of modern pop. McKAGAN says the music is “a tribute to today’s obsession with romantisizing intergalactic fantasies,” and that is evident on SAY L’OR VENUS. You can hear the raw guitar/girl power on “Foxy Feline” and “Bratty Attitude” and the cosmic influence on “Googlie Eyes” and “Meet You At The Moon.” “When people come to our shows I want them to feel as if they are in CBGB watching Blondie back in the 70’s. I want them to feel as if they’re going through a technological time warp that worships punk rock yet appreciates our youth and pop music today.”

Stephen Vicino is the founder of MusicExistence.com. He created this site to give talented musicians a voice and a way to be discovered.
@@svicino
Previous THE COLOR MORALE STREAMS NEW ALBUM HOLD ON PAIN ENDS
Next GARETH EMERY LAUNCHES VIDEO FOR “DYNAMITE”