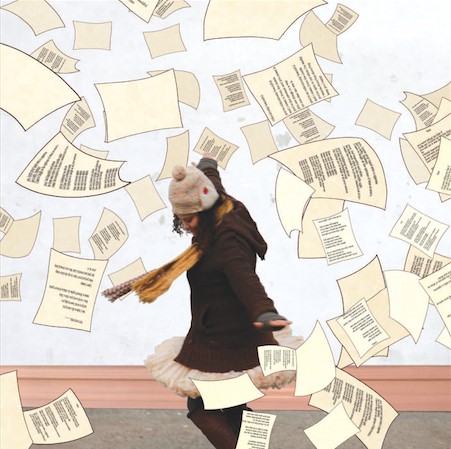 It was truly humbling, they are astoundingly gifted as they are amazing human beings. It felt like being in a dream to be honest.

What was your earlier writing style like? did you try something different this time?

Well this is my first official release – everything before now have been unreleased EP’s which I might release at some point in the future. Writing wise, my roots

are  folk /storytelling inspired for sure – but I always naturally tended towards poetry and didn’t care much for repeated chorus’ etc – so, I could have 6 minute songs with

I was pretty judgemental about some of these songs because the writing can seem quite dumbed down – but there’s also something so unabashedly freeing and exciting about keeping things so simple and direct, quite new for me as a super over-analytical & wordy gemini –

For example saying ‘I like you,’ unpacking that thought from all the potential luscious poetry around it, it’s keeping it in its rawist form. It was hard for me to let myself do this, as I tend to complicate things – so, to just simplify in this way was a pretty outstanding jester of getting myself out of the way – if that makes sense – Dave Matthews has that line “my head won’t leave my head alone” –  it’s like, ‘forget everything else, forget all the poetic ways I can describe my affections towards you –  IT”S SIMPLE, I LIKE YOU’

What motivates you to create music?

ahhhh, kindness between strangers, akwardness…humaness…imperfection…anxiety…love…connections  between between people & all things…

You have a great musical education background, taking your music to Liverpool Institute for Performing Arts and Woodstock, what were these places like for a musician like you?

Living in Liverpool was fascinating for many reasons – I was originally at school in the states but I kept stopping & wanted to travel, I had taken a year to live and work on kibbutz in Israel after high school and couldn’t get over my wanderlust – so, it seemed the only way to get through school was to do it far from anywhere else I knew – to travel and study at the same time – and Liverpool

the city was such a colorful and prominent character on it’s own- and being surrounded  by so many talented people from all ends of the world was captivating.

Having influences such as Amy Ray comment on how awesome your music is must be surreal! Who else influences you?

Completely surreal yes! As difficult as it is to be as sensitive as I am, I feel truly lucky that I can be touched so deeply by other people’s self expression in whatever form it might take –

I feel music very deeply in my being, words can’t come near describing- as well as film & photography…both being in front of the screen as an audience & being behind the camera,  I also feel very connected to the sky … any kind of sky travel … sky diving, hand gliding, trapeze, flying airplanes (lesson’s!) ….all of these things are inspiring when i’m lucky enough to experience them!

What is next for you at the moment?

I’m very excited for my video release of “The Good Has Won”, which features the extraordinary, being Damien Echols. Damien is a phenomenal writer who is also known as one of the “West Memphis 3”. He was wrongly convicted of a crime he did not commit and was on death row for 18 years. Thankfully he was released although is yet to be exonerated.

He recently published his second book written with his wife Lorri Davis called, Yours For Eternity: A Love Story On Death Row –

I am grateful to have him in my video and excited for you to see it!

Where can we find your music?

Stephen Vicino is the founder of MusicExistence.com. He created this site to give talented musicians a voice and a way to be discovered.
@@svicino
Previous SW/MM/NG Premiere Debut Full Length Feel Not Bad with Wondering Sound
Next (We Are) Nexus Release Huge, Electro House Destroyer “Better Off Without You”!