“The Rise” is a State-Of-Mind and the brainchild of songwriter and vocalist Jesse Sarvinski who put in years as the “guy with an acoustic guitar” thing developing a strong sense of musicianship and the ability to create a melody.  Late in 2009 he was introduced to producer and songwriter Minde.  Things seemed to click from the start and songs started pouring out from the duo.  Their sound is a diverse mix of pop, dance, and alt-rock with hints of blues and soul thrown in for a fresh sound, or what Jesse describes as “intricately crafted pop for the glass-half-full way of life.” Working together they are aiming for much higher things.

Final touches are being made on their upcoming album Mystic which is set for release on May 27th.  On “Rollin’ On” Jesse And The Rise show how they can build an emotional dance pop song that is as catchy as it is strong.  The production is right up there with what you are hearing from the major pop stars today.  Jesse shows he hasn’t strayed too far from his acoustic roots on “The Stories We Tell Ourselves” – the first single and music video from the album.  The mellow ballad is enhanced by Minde’s clicks and pops to make it stand out from the rest.  There is some real dance floor takeover potential on “Live Forever” and “The Reset Button” garnering international radio play. The alt-rock combined with an electro feel is made to get your ass moving.  Get ready for the next wave at:

Tags The stories we tell ourselves

Stephen Vicino is the founder of MusicExistence.com. He created this site to give talented musicians a voice and a way to be discovered.
@@svicino
Previous Punk Rock ‘n’ Rollers The Bermondsey Joyriders have a sleazy night out with their brand new music video.
Next Sarantos new dance hit-I Love To Love You Too 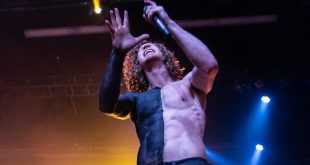 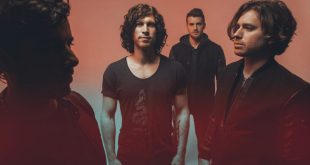