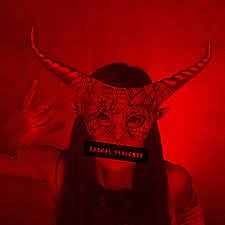 In their latest single and music video “Casual Violence,” rockers Spider Rockets address the mundanity of modern rock with a pop hook that could serve as medicine to malnourished melody-lovers everywhere this autumn, largely breaking with the trend of gloom and doom that some of their indie peers have been openly embracing lately. Instead of turning to the darkness for a path into the light, Spider Rockets is getting downright decadent with their power grooves in this number, and for my money, the performance totals up to a can’t-miss feature of fans of the alternative rock genre everywhere.

The music video for “Casual Violence” is playful and as far away from the isolated, black-and-white imagery of contemporary half-hearted rock as one could ask for it to get without devolving into saccharine impurities, which is essential to distinguishing its look as unique in every way in 2022. Spider Rockets is always at the helm of the arrangement and the riffage with a confident attitude that bleeds through the screen and into the harmonies they put together all too seamlessly, and best of all, it’s clear from the get-go that our lead singer’s swagger isn’t forced or backed by synthetic elements in the mix at all whatsoever.

This track has a spunky little rhythm that is debatably as important as the vocal is in understanding the depth of the narrative beyond the cosmetics as they’re introduced by the imagery and the lyrics the same, and to some extent, I think there’s a case to be made that Spider Rockets’ frontwoman was being strategic with her release of “Casual Violence” this past November. Rather than putting us through an entire LP of tunes styled around this specific theme, she’s breaking off a passive alt-rock pleasantry that will segue her band’s career from this present chapter into the future, which is something I’d like to see some of her contemporaries try to do with their own future output as it relates to current trends.

Spider Rockets gives a great take on the craziness of modern rock in “Casual Violence” that I don’t see myself forgetting anytime soon, and although it’s been somewhat of a hit-or-miss year among the hard rock circuit, this is a sound I’m impressed with enough to come back for more at a later date. It’s a barebones treat that puts melody over muscularity, but given the circumstances, this scheme is what makes it such a refreshing treasure.