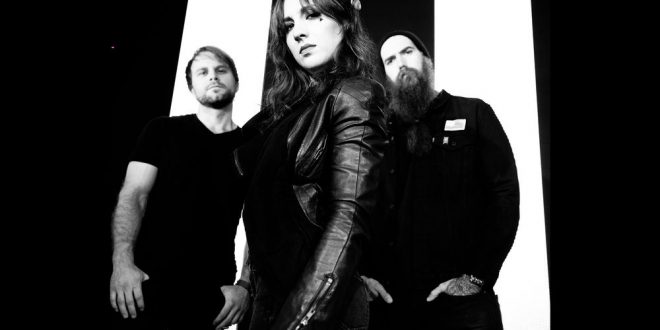 Single Review: Jane N’ The Jungle – “Raw As A Jewel”

When you start your musical career already catching the eye of MTV and Spotify, there’s nowhere to continue to go but upwards! Phoenix, Arizona-based rock group Jane N’ The Jungle knows what it’s like, as they’ve been talked about on both of the aforementioned hot ticket sites as well as Apple Music and more than a handful of radio stations, magazines… you name it! They’re among the several names to watch in rock, and anyone unsure why needs to look no further than their latest single “Raw As A Jewel.”

“Raw As A Jewel” is a perfect showcase of all of Jane N’ The Jungle’s strengths as a band thus far. Still relatively early into time together as a band, the group has been chipping away at their next move since their most recent EP, Ocean Creatures, which also saw release this year. “Raw As A Jewel” follows singles “Dirty Dog” and “Metal Ghost” and adds upon the hard rock flourishes the band has become known for by sprinkling in a bit of a pop-punk, melodic take. There’s still plenty of the classic Jane N’ The Jungle sound to be had but the group is trying something poppier here, compared to the more metal-driven “Metal Ghost,” for instance. The shift in style complements lead singer Jordan White’s insane vocals, as it allows her some space to really contribute to the melody and overall song structure simply on a vocal level, but the entire mix of the band feels as if they’ve stepped their game up exponentially even in the brief three month period between singles.

Jane N’ The Jungle is a band that feels unburdened by outsider influence, and their ability to shift between rock subgenres has given them the freedom to tackle a variety of sounds and angles that other bands might not be bold enough to take on. While their core sound remains the same, the additions made to the core structure of the songwriting styles of the band with “Raw As A Jewel” feel new and rejuvenated. There’s a radio-friendly appeal with this track in particular that gives audiences a way to further connect with the track, and the mainstream access that the song will grant the band cannot be understated.

While “Raw As A Jewel” doesn’t entirely reinvent the musical wheel as far as Jane N’ The Jungle’s music is concerned, there is a breath of fresh air being given back to the band who have been working tirelessly to provide fans with new material since their start — it feels like a natural next step for the group, and perhaps the poppiest they’ll get for some time, but the open road could be enticing for Jane N’ The Jungle if the response is as positive as I anticipate it to be. There’s a timeless appeal to sprinkling dashes of pop and punk into your hard rock lineups, and the response to past examples have generally always gone over well! Jane N’ The Jungle have a great new single with “Raw As A Jewel,” and people are beginning to notice just what potential they have as a major rock outfit.