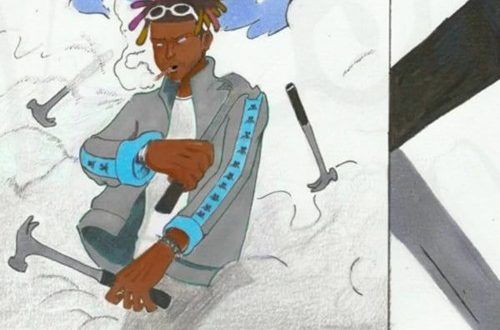 Insularity is seeping into almost every corner of hip-hop this year – and the music world in general – but in the new single from Rixh Forever, titled simply “Crazy” and recorded with none other than Benny the Butcher and Vado in the booth beside him, mild harmonies take the place of a suffocating EQ for the benefit of anyone listening. Rixh Forever might not have a major hit album under his belt just yet, but he doesn’t need to be told that to make a real splash in the hip-hop realm, you can’t copy the same blueprint every other artist is operating with and simply make it your own. You have to have some element of originality, and for him, personality is at the center of everything in his songcraft.

This is a single with a strong lyrical focus, that much is obvious even at a distance, but without the delivery Rixh Forever is putting up at the start, none of the mood behind his verses would be as definitive and commanding as it is in this instance. To shape his emotions rather than simply rapping melodically about the way he felt at a particular time in his life, he presses against the instrumentation with his vocal and gets physical with the melody – a feat I’d like to see his mainstream counterparts familiarize themselves with a little more in 2023.

There’s nothing specifically black-and-white about the rhythm in this track, and I would even go so far as to say that it feels deliberately uneven in a couple of spots to assist in making some additional, enticing contrast in the composition. I’ve always admired artists who have the required brawn to get a little creative with the minor details that make up the backdrop in a single, and even if Rixh Forever isn’t a household name, he’s flexing muscle like he’s already got a Grammy on his shelf in this track.

Despite the numerous compositional contradictions that would just as soon have gotten in another player’s way, “Crazy” exhibits the sort of fluidity that I would want to hear out of more hip-hop music on the FM dial overall. Everything here is flowing like a river running out of control towards the ocean, and rather than reinforcing the consistency with any sort of plasticity behind the board, producers are letting Rixh Forever air out his skillset with two very talented peers for the whole world to enjoy in this highly efficient recording.

Listeners who have been looking for some smart indie hip-hop but finding that a lot of the typical sources for charisma have dried up in the last few months need to turn their attention towards the underground’s Rixh Forever this December, and particularly his new single and music video for “Crazy.” I have a feeling this won’t be the last we hear or see from this player, and if my gut is right, he could find himself outgrowing the rather restrictive indie scene he’s emerging from by the time he gets around to recording a new proper LP.