Home / Review / Single Review: The Sound of Monday “Keeper of the Mood” 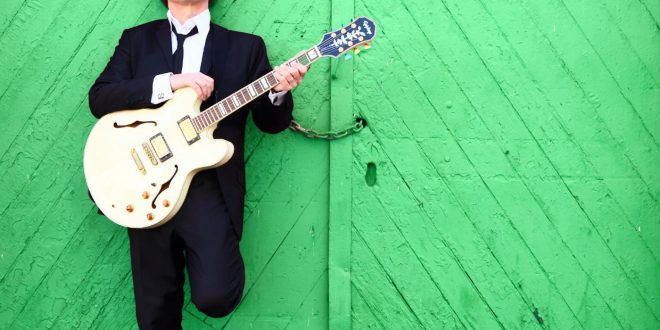 Single Review: The Sound of Monday “Keeper of the Mood”

The indie rock scene has been popping off like few others in the American underground in the last few years, and if you’re looking for some of its more delightfully sensuous sounds in 2022, you needn’t search any further than the sleek beats of one The Sound of Monday’s “Keeper of the Mood,” currently out everywhere smart alternative music can be found. Dave Jay Gerstein – the brains behind The Sound of Monday – comes into this song and its music video just aching to show off his prowess behind the microphone, and although it’s not the only performance I’d tell fans of this genre to take in before the season has expired, it’s quickly become one of my personal favorites of November.

There’s so much pressure on the guitar in this track that it’s difficult for the drums to get around it without sounding a little messy beneath the main vocal part, but somehow the bottom-end tones never wash out the other instrumentation enough to cloud any harmonies here. If anything, they make the melody up top feel all the more freeing and well-suited for the lyrics Gerstein is singing to us, which is rather difficult to do considering their flexibility and cathartic tone to begin with.

Gerstein’s lead vocal is the linchpin keeping everything together in “Keeper of the Mood,” but I don’t know that I would deem it the main allure in the single. To be truthful, I think the overall chemistry between the different elements in this recording is the real bread and butter of what has made it – and the music video, for that matter – so hard to get out of my head. It takes a well-selected arrangement to make an effort like this a slam dunk, and I would have never imagined it would have come from the underground were I not made aware beforehand.

I think The Sound of Monday is still in the process of finding its permanent place in the international hierarchy of indie rock players as the year comes to a close, but releasing material like “Keeper of the Mood” is a great start to what could easily become one of underground rock’s most successful new campaigns. Gerstein has got the talent to give a culture that’s cultivated this part of his story quite the boost with listeners otherwise disinclined to take any interest in a melting pot of sounds encapsulated within one single, and now it’s just a matter of securing the mainstream exposure he’ll need to advance his career to the next level.

Tags keeper of the mood single review the sound of monday