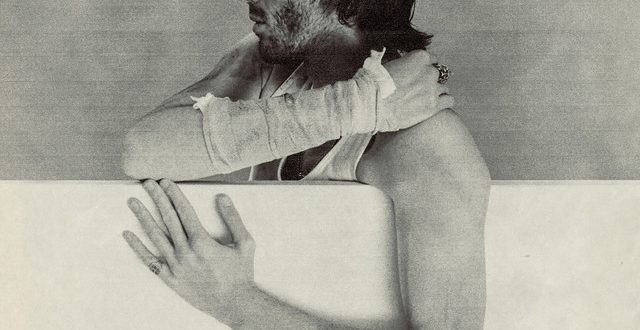 Though it isn’t filled with the potent lyrical lust that the other parts of the song are, the intro to Greyson Chance’s “My Dying Spirit” is unquestionably a provocateur of instant chills upon pressing the play button. While Chance’s vocal virtuosities haven’t even entered the mix at this juncture of the track, their presence isn’t needed to create a moodiness that will last throughout the whole of “My Dying Spirit.” Instrumental prowess is often overlooked in the modern pop genre, but for this artist, its incorporation is arguably as pivotal to his aesthetical blueprint as any set of verses ever could be.

The lyrical flow here is impeccable, and though it shifts in speed and style a couple of times (simply to pivot from one angular beat to the next), hesitation never interrupts the steady stream of words we encounter. There’s a textural emphasis on Chance’s vocal in the grander scheme of things that comes in second only to the bass in terms of raw physicality, and while some might regard this kind of sonic depth as too experimental for the mainstream, I beg to differ.  From where I sit, “My Dying Spirit” shines because of its weightiness, not despite it.

In my initial sit-down with this single, I couldn’t help but get lost in the careful balancing of the keys, mostly because of their sleek lack of indulgence. There’s virtually no spillage from the low-end tonalities in “My Dying Spirit” into the sterling vocal track here, and though this would have been expected as the standard some twenty years ago, to say that Greyson Chance’s peers have abandoned classic pop concepts would be too great an understatement to make. He’s got a lot of respect for the old school, and that much is obvious even in the most cursory listening sessions spent with this song.

I only just recently found out about Greyson Chance for the first time, but I haven’t any doubts as to whether or not he’s got the skills to stay in the spotlight. “My Dying Spirit” breaks off an addictive beat that most any pop fan can appreciate, and while it isn’t the full-scale masterpiece that I think Chance could ultimately be capable of producing, it hints at just how profound a statement he would make if given the right tools to do so. He’s got my attention, and in time, I think he’ll win yours as well.