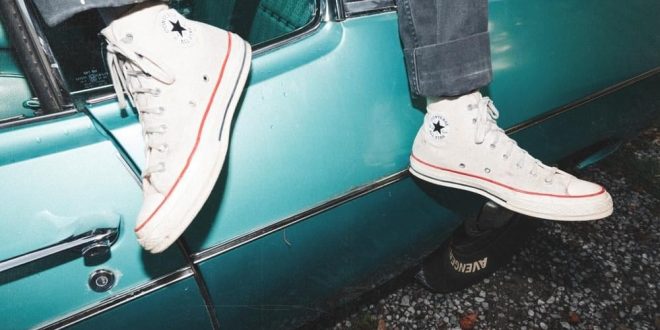 These days, you don’t have to look very far to find high-quality indie rock on the shelves of your local record store, but one thing that hasn’t changed in the last couple of decades is the genre’s underground supremacy.

For bands like Colony House, the ins and outs of the commercial side of pop don’t matter nearly as much as the preservation of its core aesthetics does, and in the new single “Cannonballers,” this incredibly talented group of musicians shows us just how committed to the craft they can be. There aren’t a lot of fanciful bells and whistles in “Cannonballers;” outside of the glaring vocals provided at the top of the mix, as well as the bumpy bassline and guitar punch that shadows every emission, this track is as crisp and unadorned as premium alternative rock should be.

There’s nothing particularly synthetic about the instrumental tonality in this single, and that’s something that I just haven’t heard in any of the mainstream rock that’s made its way across my desk in the last few months.

The bass, the drums, even the guitar parts that circle the vocal like sharks getting ready to come in for the kill – everything here aches with a live-quality texture that expresses tension as often as it does swagger. Boasting an organic sound is half the battle when trying to establish yourself as a legit player in the new rock n’ roll game, but for Colony House, it’s essentially coming as second nature in “Cannonballers.”

Though far from the most elaborate or eccentrically-faceted pop songs I’ve reviewed in the year 2022 thus far, “Cannonballers” is a killer introduction to Colony House’s sound, and the state of where indie pop/rock is off to in general. This band isn’t claiming to represent any sort of a movement within the underground at the moment, but I can understand why they would be attracting a little more buzz than their rivals this autumn.

This act has got a one-of-a-kind edginess to its style that could go a long way towards shutting down the plasticized competition in the American circuit right now, and with the proper promotion, I think visibility for the group is going to skyrocket as 2023 goes by.