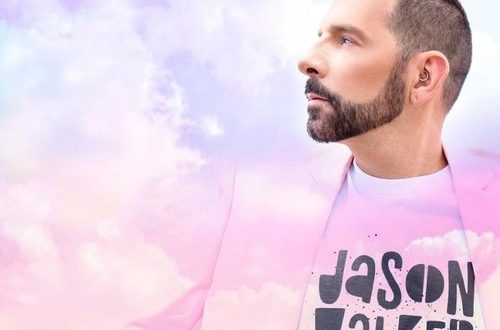 In his new single “Dance a Little,” Jason Walker drops a massive beat on us without batting an eye, ushering in a juggernaut of a track in the moments immediately following our pressing play. The music video for “Dance a Little” doesn’t hold back from us in any capacity – with club-charged imagery and self-confidence as the dominating theme in the artistry of the shots, there’s no debating whether or not it looks and feels like an extension of the song’s narrative. Walker means business in this latest release, and he’s not sacrificing any honest lyricism in the name of scoring more fans.

The hook in this track is spot-on, and I think it was structured around the rhythm as opposed to the other way around. There’s too much here suggesting that Walker is looking to spotlight the groove for this not to be the case – from the bassline to the very construction of the drumbeat itself, everything here is packing a punch that makes us want to move with the music. No matter the volume, whether it be moderate or at a party-starting level, there’s no getting away from the pulse beneath the vocal in “Dance a Little.”

Walker’s flow is solid from start to finish here, and it goes without saying that his flirtations with west coast electronic pop elements unquestionably give the music an added element of diversity that wouldn’t have been present here otherwise. There’s nothing wrong with embracing a creative backdrop when making streamlined beats, and in the case of “Dance a Little,” I think it was smart to go with something a little looser in style than what a lot of other artists would have done in similar circumstances. Jason Walker doesn’t owe anyone anything – after all, those who live and die by scene politics frequently never make it out of their scene and into the international spotlight.

Dance-pop fans can’t go wrong with what Jason Walker is throwing down in “Dance a Little” this autumn, and while his offering is far from the only intriguing rap release hitting record store shelves at the moment, I do think it’s likely to be one of the more interesting you come across from a truly independent source. The underground will always be the top dog in this genre, but with this generation turning out a lot of curious players in 2022 – Walker included – critics like myself are starting to see and hear a lot of mainstream crossover potential for this kind of beat.