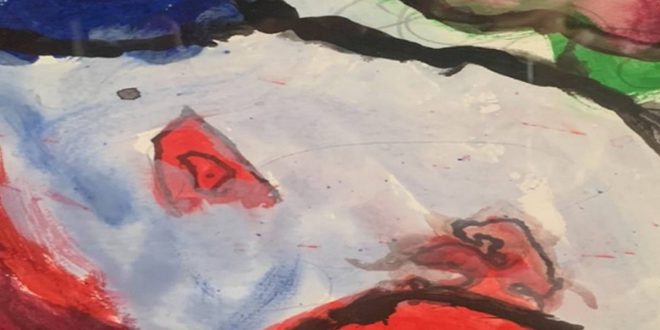 To call Preston Rowley an enigma is likely an oversimplification, but it will have to do under these circumstances. At only 19 years old, the TX native is both a critic’s dream and a daunting task. What he has achieved with little more than a keyboard, an acoustic guitar, a ukelele, and an unparalleled perception is remarkable. His album, Oh, Okay, could be considered both the future of music and something so obscure and outlaw that it offends the senses. Brilliant doesn’t begin to do this work justice and it will be difficult to verbalize its merit, but I will humbly attempt to do so.

Preston describes Oh, Okay, as a sort of disintegration of an existing psyche. It’s an honest assessment of one’s reality that of course results in an existential paroxysm. For a 19 year old to have journeyed to such an artistic labyrinth is both alarming and miraculous. Preston Rowley taps into not only the chaotically non-linear functioning of his own mind, but the same one we all possess. This record sounds like the future of neurological processing and probably will for the next 50 years.

On “Blue Moon,”  Preston manages to weave in and out of lucidity in a way that sounds intentionally involuntary. His recordings are an extemporaneous exercise in songwriting that go from meandering to melodic to pensive introspection. He utilizes a simple tonal effect on his vocals throughout this piece which makes it feel like a slightly uncomfortable dream that won’t end. “Blue Moon,” sounds like something that would have ended up on Kid A if Radiohead had been young and inspired instead of rich and sad. At 6:15, this one is a serious undertaking, but worth the effort.

“Breathe Harder,” opens the album with an almost uncomfortably quiet strum. Vocally, Preston channels his inner Maynard James Keenan in a way that shows he has the ability to craft more traditionally laden melodies. It’s much like the way a comedic Actor can be a Great dramatic Actor, but not vice versa. Madness is malleable, and melodrama, not so much, but I digress. “Breathe Harder,” gives way to “I Hate To Be A Burden,” which is of the course the obligatory beautifully haunting piano piece. The twist here is that Preston schisms the piano just as we are allowing ourselves to enter in a state of tranquility. The brilliance of this piece is almost too profound to describe. It symbolizes the unrelenting facts of life and its unyielding interruption of happiness.

Fittingly, and yet in some ways, jarringly, Oh, Okay, culminates in “Breaking Everything.” It’s an unraveling of Preston’s journey of self discovery and his ultimate confrontation with intellectual and spiritual mortality. This track is not an easy listen, but it literally dares you to run away and hide, because deep down, you know you can’t. There’s a brilliant sort of medley of Oh, Okay, on YouTube that I recommend everyone check out. Preston provides snippets of every track, and gives us a visual breakdown of what he is trying to say on this record. Oh, Okay is now available for streaming and download on BandCamp.