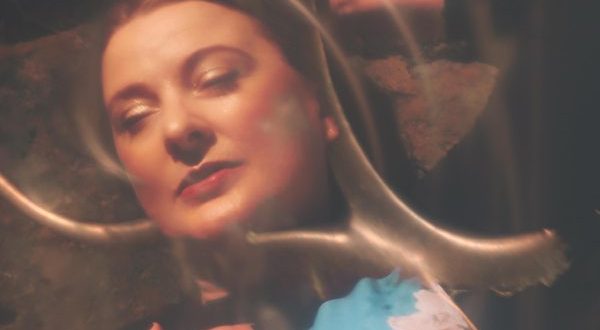 Essa Rowena’s sophomore release Untelling is a seven-track collection following up her 2021 self-titled debut EP. The Melbourne, Australia native is an artistic veteran, however, and a former member of Melbourne shoegaze band Snowblind during the 1990s, a forerunner of the later band Motor Ace who scored an Australian number 1 album. Her second solo release is a homegrown effort recorded in Melbourne’s historic Newmarket Studio with a cadre of local musicians.

Switching producers from her debut doesn’t signal a significant shift in direction. Rowena steeps her work in the singer/songwriter tradition despite its thoroughly modern veneer and the opener cut “Belinda” has an unmistakable quasi-classical bent. Attentive listeners will hear how she builds this track from the piano and further fleshes it out with understated instrumental polish. This is pop music, but top-shelf and never pandering. Rowena’s stylish compositional talents are clear.

Her talent for character-driven songwriting is obvious as well. Rowena cuts “Ductile” from a different cloth. The strong backbeat may take newcomers off-guard following the balladic inclinations of the opener and there’s a near-funk slink to the song’s arrangement, but other aspects still are the same. Her lyrical acumen will leap out at anyone paying attention. There are several compelling changes built into this song that help it stand out. Piano and classical overtones return, however, with the collection’s next track.

“Living Banks” is far airier than its predecessor. The soft swell of synthesizers mimics strings well; the intent is clear and never garish. She incorporates Latin-style percussion into the song which gives it a different pacing and flavor. It has a profound impact on the track. “Unquiet Days” is an unqualified success for the most part and the only passages where you may hear her veer off course is when she double-tracks her vocals. It will have a jarring effect on some listeners and sound gratuitous; Rowena’s near-quaking vulnerability as a singer is more than adequate for carrying the song.

Her penchant for dramatic lyrical imagery reaches a peak with Untelling’s penultimate song. “Nonpareil” centers once again on her piano playing and never rushes the elegant yet uncluttered sweep she achieves. There are vocal effects on her voice again, it is a stylistic affectation of the genre without question, and its atmospheric contributions aren’t substantial. It does not mar an otherwise fine song, however.

Untelling’s finale “True Heart” is the collection’s longest song. It still runs less than five minutes, however, though she achieves more in that time than you might believe possible. “True Heart” slumps some under the weight of its wordplay, some may get the sense she’s pushing too much onto the song, but then she allows the composition a chance to breathe, and all is forgiven.

The finale evolves, as well, in unpredictable ways and the increasingly dark strands standing out in its tapestry are evidence it is a well-chosen final curtain. Many listeners will especially value the violin highlighted during the song; it underlines the elegiac mood concluding this album and puts an impressive exclamation point on Essa Rowena’s Untelling.