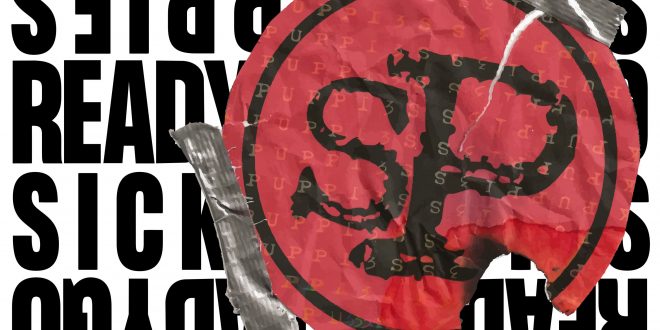 When you think of the sport of hockey, you generally think of nitty, gritty, hardcore aggression. There are maybe thoughts of figure skating or Disney On Ice sprinkled in, but for a majority of the folks out there, it’s all about that blood on the ice. Hockey is a pretty unforgiving sport, all things considered, and the way that ESPN has had to advertise it goes hand in hand with the brutal nature of giant men flying around on the ice with knives strapped to their size 14 feet — hard rock. In one of the channel’s latest commercials, they enlisted the Los Angeles-based Australian band Sick Puppies to tackle “Ready Steady Go,” a cover of an old Paul Oakenfold single, and the way the remake of the track complements the footage and sport overall couldn’t be a better match.

Sick Puppies have been around for over two decades now, and fans might recognize their work from the original emo push in 2006 with their hit single “All the Same.” The other single most will recognize off the top of their heads is “You’re Going Down,” but albums Dressed Up As Life and Tri-Polar are two building blocks of millennial alternative rock. In the last decade, the group has been busy with recording and touring, and though their last album Fury debuted in 2016, things are well in motion for a new record to debut in 2023. In the meantime, however, the band has been hard at work with the push for “Ready Steady Go,” which lives up to their iconic alternative sound, but with a refreshed and edgy modern update. The band foregoes their traditional format of rock songs by whittling down the lyrics to match the original — it’s an instrumental-heavy track with (more or less) a single line spoken throughout the song’s entirety, and the focus on the music is what makes the track as impressive as it is.

It’s refreshing to see a band as well-known as Sick Puppies unafraid to shift their energy into something outside of their comfort zone. With so many albums in their catalog, the pivot to something so out of the realm of expectations is an exciting new direction for the band to take. The way that this single meshes with the NHL advert is one thing, but for fans of the band, this is an eye-opening glimpse at what the band’s new album might contain. It’s heavy, melodic, and catchy as ever, and Sick Puppies are once again proving they’re not a one-trick band.

“Ready Steady Go” is a substantial return for the group and securing a commercial deal with the NHL is the exact kind of springboard that the group needs after six years between albums. The eyes on the band are almost certainly the most exposure they’ve had in a while, so the pressure is on, but if the way that the group handled this cover track is any indication, they’re merely revving their engines and pulling up to the starting line. On your mark, get set… “Ready Steady Go.”