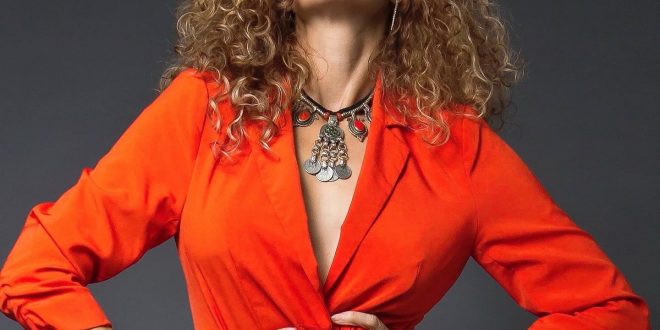 While her previous works have showcased a bit of hesitance, mostly as a means of communicating deeper emotionality through her lyrics, Estani is going all-in on a more indulgent look with her new single “Mr. Personality,” and for this critic, it’s definitely working out well. In “Mr. Personality,” Estani cuts away from the more standard pop themes in her music and chases after the jazz element more vibrantly, with the resulting rhythm feeling like her most enchanting thus far. Both in its beats and the story it tells, this is a track I would rank among the best out this season.

As always, Estani’s Hollywood-level presence on screen makes the music video for this song quite enveloping, but she isn’t relying on her good looks and dashing visual charisma exclusively here. Contrarily, the soft undertow of the music gets an additional set of footing through the muted imagery in this video, and I would even go so far as to say that the color scheme is a terrific counterpart to the gorgeous melodies that occupy this mix from the time we press the play button to the very moment the music disappears into the silence from which it came.

Estani shows us a different side of herself every time she gets into the recording studio, and in this sense, there’s nothing new to report about her latest release. What’s most exciting about her work is that it’s getting more refined and simplified to her best techniques and attributes, and with more exposure outside of her local scene, I think it’s going to be a matter of time before she’s trending more in the mainstream than she is anywhere in the underground (which is one area she has already conquered quite handily in the last year or so). I like “Mr. Personality,” and I can’t wait to hear more material like it soon.