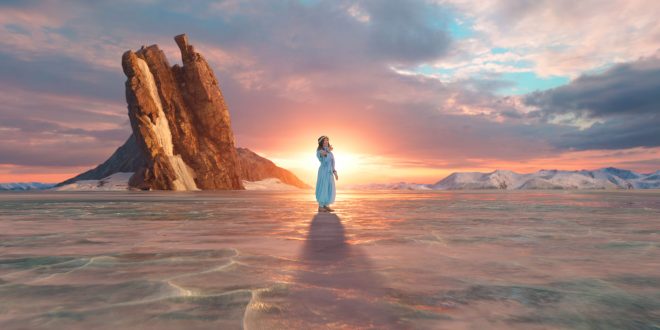 Honest and empowering singer/songwriters never go out of style, but rather come into popularity in waves that arrive every generation or so. Now while I’m not saying that Wai Lana is at the head of the pack for this era of singer/songwriters on the rise, you can’t argue against the mountain of talent she has in the recording studio, which is ably captured in the new single “River of Forgiveness.” Released this year as an anthem of compassion and peace, “River of Forgiveness” is a ballad that stands strong in the face of a rather dismal summer for pop music fans.

First up, the lyrics to this song grabbed me right from the start, and their reassuring tone is by far one of the most exciting parts of the track as a whole. There’s nothing presumptuous about the way Lana is going about making her statements – including the most personal of the lot – but instead a readiness to be humble that I truly wish I could hear a little more of outside her music in the mainstream pop market. She doesn’t want to control the narrative with her voice, and she uses an atmospheric harmony at every turn to ensure how honest she’s being with the audience.

Wai Lana has one thing going for her brand that a lot of her rivals just don’t, and that’s being able to own her identity with more than her words alone. Even for a modern surreal pop singer, she doesn’t want to play by the rules as they extend beyond postmodernity, and her adherence to strictly emotional emissions in this performance speaks volumes for what we should expect out of her recordings in the future. “River of Forgiveness” has a spirited tone and an even smarter lead singer, and I doubt it will be the last hit she scores before 2023 comes into focus.