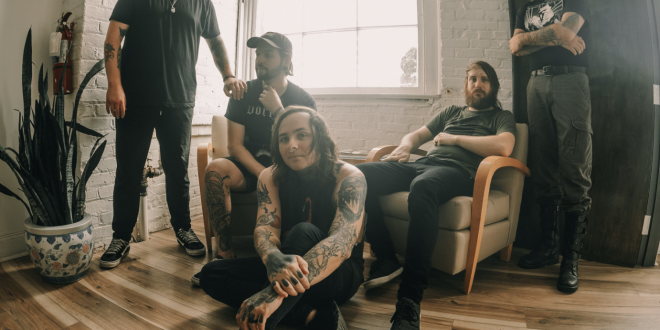 Illuminate Me Team with Oshie from Beartooth for New Single & EP

If you lived in the Southeast (especially Florida) in the last 10 years or so, you may be familiar with a chaotic hardcore/metalcore band known as Illuminate Me. Signed to Tragic Hero Records after gaining a sizable fanbase in their home area, the band ultimately disbanded due to a complete lack of support from their label.

Recently the band released a new EP called Dying on a Hill That Nobody Remembers, spearheaded by the single “I Have No Mouth and I Must Scream” (Feat. Oshie from Beartooth).

About the new song, vocalist Christopher Murray had this to share:

“I believe this band has immense potential that was squandered by a label that did not care about us and destroyed the band’s motivation and passion. I toiled for years at the thought that I was just not good enough. This return is about me proving myself, and the ones that did put the band in that position, ultimately wrong. This is about revenge. Your anger is a gift, don’t waste it. Let it illuminate.”