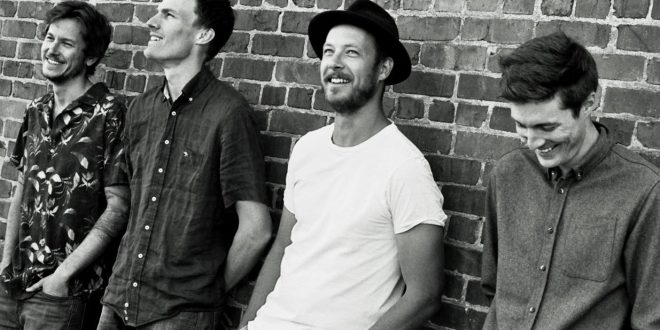 It was a hectic night in Toronto. Nestled between the Junos Opening Night Gala, a disappointing game seven for the cursed Toronto Maple Leafs and the regular hustle and bustle of Canada’s largest city, was a small but memorable show at The Opera House.

The band was Current Swell. The West Coast Canadian folk rockers reminiscent of an early Mumford & Sons or a less cheesy version of today’s Lumineers. The show was small but mighty, and stacked with a lineup featuring openers Housewife and Jesse Roper, who also joined the band onstage as a fill-in guitarist. The headliners started around 10:30pm and played well after midnight to the enthusiastic and lovable crowd.

Pleasing the audience with favourites such as “Woman in White” and “Young and Able,” the band set forth a setlist that captured their 15+ year career, highlighting the hits along with new tracks off their 2019 LP, Buffalo. The show invoked moments of pure joy and sometimes even tears, as Current Swell captured the hearts of Toronto that night through their honest connection on stage.

Fill-in guitarist / opening act Jesse Roper, brought an electrifying energy to the show that allowed the band to lean more rock heavy while still honouring their acoustic roots. Complete with an impressive blues jam and a striking rendition of Roper’s “The Hurricane’s Eye,” it’s clear the band should consider Roper a full time touring member for future shows. His magnitism on stage made everyone else better and his connection to frontman Scott Stanton was evident throughout the entire night.

Complete with sing-a-longs, a dazzling disco ball and that late night feeling of existential joy, Current Swell sure put on one hell of a live show. This summer, the band will be playing Snug Cove Musicfest and the TILT! Festival in B.C., so make sure to catch Current Swell in a city near you.