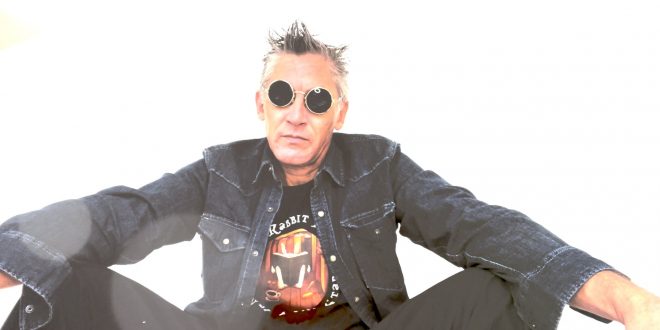 A world sitting on the brink of war needs music to soothe the anger that continues to boil over across every news network and government press conference, and Bosco is seeking to give us that music with the release of his new single and music video “Brothers” this April. Where a lot of artists have been collaborating on content in support of Ukraine, Bosco is going it alone for this single, and giving us the kind of haunting performance that only a tried and true troubadour is able to produce in the best of circumstances, let alone times like these.

There are no egos in this song, and Bosco makes it obvious that he isn’t going to be virtuosic or indulgent with anything he does at an early point in his verses. He’s got a sobering tone that lashes out at the listener, but it grabs our attention rather than repelling us with self-righteousness.

This is a track meant to motivate and bring us together, and in this respect, I think it’s one of the best anti-war protest anthems I’ve had the chance to review since the start of this most recent conflict in Eastern Europe.

Defiant but still disciplined enough to be one of the leaner and meaner singles of its kind debuting at the moment, “Brothers” really is a good track on all fronts, and its music video left me absolutely shaken with its unfiltered imagery. This is a time for international unity and togetherness like nothing we’ve experienced since the COVID era, and it’s only through a potent voice like that of Bosco that some people will be able to see just how human we all are. “Brothers” is a tremendous effort as I see it, and something that its creator should be very proud of as a performer.

Previous CYBERTOOTH Comes From The Distant Future With An Urgent Message (And A New Single)
Next Single Review: Jimmy Mack “Walk the Line”