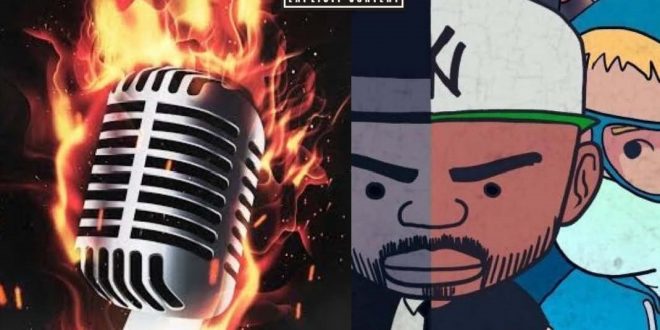 Jimmy Mack sounds like a man haunted by history in his new single “Walk the Line,” and although he delivers quite the searing performance behind the microphone in this song, the emotion weighing heavy on his heart is as evident as his vicious talents with a verse are. In both the music video for “Walk the Line” as well as the song by itself, there’s a fierce sense of longing that penetrates everything from the bassline to the main beat and the images we see on-screen. This is powerful stuff, and it’s coming from a source that needs more attention in the press.

These words are bigger than their letters, and the intensity with which they’re sewn into the fabric of this song is what really impressed me out of the gate in “Walk the Line.”

Though I think Mack could have gone easier on some of the verses and still had the dramatic effect he does here, you’ve got to give him credit for the chops he has in particularly emotional moments throughout this single. If you’re picky about hip-hop, this is exactly the kind of hybrid piece that’s likely to give you some faith in the future of the underground scene.

This is by far one of the most emotionally-charged singles I’ve heard this spring, but I don’t think it’s going to be the last passionate work that Jimmy Mack submits during his time in the spotlight. He’s got too much on his mind here to limit his output; I could get into a full-length album of instrument-heavy content like this, and considering his propensity for experimentation, something in my gut tells me that we’re going to get increasingly unique looks out of his future studio time as he gets more and more miles under his professional belt.