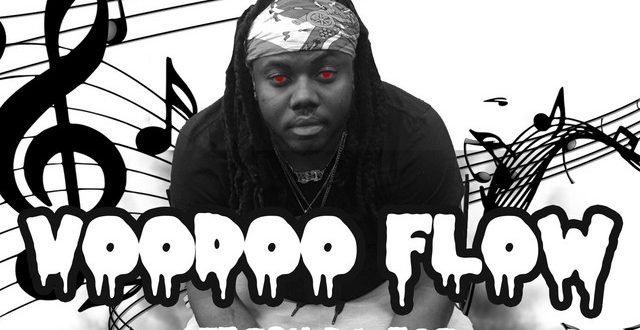 Although the beats in his new single “Voodoo Flow” are admittedly on the conservative side, they nevertheless manage to give Fresh Da Zoe quite an ominous backdrop in this latest release to bear his name in the byline. Fresh Da Zoe has experimented with the limits of sonic depth and tempo before, but in “Voodoo Flow” I think he sounds a little surer of himself than he has previously. This is an ambitiously composed piece of material, and the way this player puts it into action makes it clear that he’s got as lofty a set of goals as anyone in the game today.

This hook is pretty stealthy, but it still gets our attention – especially in the fever pitch of the performance. Fresh Da Zoe has a lot of emphasis on the groove, so it makes sense why the melodic elements of the climax would be somewhat muted; too often, his peers would do the exact opposite here. Instead of doing what the competition is, I get the impression that this is an artist who wants to follow his own path, which is why he’s attacking so many different components of this release uniquely (and boldly).

Fresh Da Zoe’s vocal delivery has never been as sharp as it is in “Voodoo Flow,” and I would even argue that he seems more relaxed with rhythm in general. There’s an ease in his execution that makes me curious to know how he performs in a live situation; after all, if he possesses even a fraction of the presence he has in the studio on the stage, he might do even better in concert than he does recording a standard pop single. If he can feed off of crowd energy, the skillset he’s already got in this single could potentially get all the stronger.

I really like that this player isn’t leaning on the percussion when it comes to creating a pace for the verses, but this isn’t to say that the instrumentation here isn’t serving a purpose in relation to the narrative. Contrarily, Fresh Da Zoe is able to use a minimalist canvas when he’s illustrating something to his audience, and not even because of a pre-established identity within his discography. He simply doesn’t need the boost, which is a quality that a lot of his contemporaries only wish they could have, inside the studio and out.

Rap fans should consider “Voodoo Flow” required listening this March, especially when taking into account the attention it’s bringing Fresh Da Zoe. The underground is a fierce, unforgiving place to come up as a musician, but the swagger this player has is more indicative of someone with a mainstream sensibility, meant for the spotlight as opposed to the shadows of the indie circuit. He’s definitely playing like a true professional in “Voodoo Flow,” and if he can keep this vibe in additional singles moving forward while experimenting with his limits all the more, he’s going to secure a place on a tall tier of this genre’s hierarchy.

Previous Stefano May Releases “Find My Way”
Next Single Review: Love And Able “Be Gentle With My Mind”