Home / Album Reviews / Single Review: Love And Able “Be Gentle With My Mind” 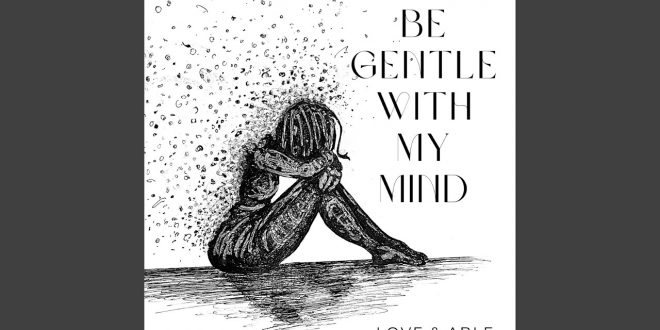 Single Review: Love And Able “Be Gentle With My Mind”

The newest single by Welsh group, Love & Able is Alternative music that is intended for a mature audience. No, the song is not graphic or controversial, but it’s framed in such a way that will mostly resonate with the 25 to 45 demographic. “Be Gentle With My Mind” is in and of itself a thoughtful and probing piece, that tackles the subject of mental health, directly. The duo, consisting of Dylan Norris and Emma Jene, are adamant in all press to address the song’s meaning. Funny enough, the song is about as transparent as it gets, but Love & Able do a wonderful job of filling in the details.

Emma and Dylan met through a mutual  friend and have become collaborators and an item, along the way. Both come from relatively divergent backgrounds, and the sound they have captured is indicative of that. Dylan Norris has cut his teeth in the Rock and Alternative genres, while Emma Jene’s roots are in Country Music. You wouldn’t peg Jene as a Country songstress after hearing “Be Gentle With My Mind,” but it does become conceivable after the fact. Her soaring vocal performance on the track is going to be most listeners most positive and immediate takeaway.

A clean guitar tone with a decidedly 90s chord progression, opens up “Be Gentle With My Mind.” I’m cold passed out on the floor/there’s no need for me to be here anymore, Emma sings as the urgency grows. The beauty of this track is that every aspect of it is true to its subject matter. Love & Able capture the bleakness and isolation of despair with the cold undertones of a minor key arrangement. You have to assume that Norris has his fingerprints all over the compositional approach here, due to his musical history.

“Be Gentle With My Mind” is the first single from what is to be Love & Able’s debut record. If this is an indicator of what to expect, then we are probably getting a Pop record with a Rock edge, that explores psychological themes. There’s really no fun in speculating though. The songwriting potential that Jene and Norris have is delivered upon in their recent single. Therefore, it’s with great alacrity that we can look forward to what the record will contain.

It would seem that both Norris and Jene have found their twin flame in one another, both personally and professionally. The chemistry between the two is palpable on “Be Gentle With My Mind,” but the prevailing pertinence is the song’s meaning. It’s something that seems quite personal to Love & Able, and it’s going to resonate with virtually anyone who’s ever struggled with mental health. We have a piece of music here that is both high in quality and deep in content. It’s definitely something you’re able to love.

Tags Love And Able single review “Be Gentle With My Mind”