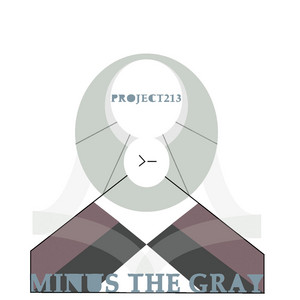 As far as bands that call Boise, Idaho their home go, there are remarkably few. For some, this would be seen as a sign of low output as far as Idahoans and musical creativity are concerned. Well, it just so happens that two of this critic’s favorite bands harken from the great city of Boise: Paul Revere & the Raiders, one of the truly under-sung rock bands of the 1960s, and Built To Spill, the rambunctiously rough and tumble 1990s lo-fi indie rock ensemble. I rarely ever look into a band’s hometown when getting into them as sound and genres rarely evoke anything location-based, but now with Project213 on my radar as a band I’ve grown to love that is also from Boise… when does it stop becoming a coincidence?

Project213 is a band unlike any other; fronted and crafted meticulously by Jared Hallock, the band has been creating music straight out of the avant-garde for years. Their new single “Personality For Miles” ups the ante a smidge with its tongue-in-cheek approach to your typical “love song,” proving that there are still many indelible ways to improve on a favored song structure. Keeping in line with pop sensibilities, the melody is catchy and the words are as zany as they are relatable: “I’ve got a lazy kinda bullshit, kinda don’t give a damn, tryin’ to clean up some of my own shit, tryin’ to do what I can.” The rhythm of the prose is immediately an earworm, and the thumping heart of the song’s drums keeps the song machine trekking ahead at full speed. There’s plenty to love within the song’s pre-finale instrumental break as it pivots into a full-tilt psych-rock intermission, and this particular segment is what keeps me returning to the track as often as I do.

I should mention that there’s a wonderful music video that accompanies the single release of “Personality For Miles,” and it does a fantastic job to bring out the keen lyricism in a more matter-of-fact approach. Actors April Matson, April Bowen, and Scott Grady all do a fine job with their roles and the dance moves on display are positively smile-inducing. Matson’s mustachioed persona dons a ruffled tuxedo with panache and grace, and the economic storytelling uses the song’s short three minutes of runtime to fully accomplish a complete arc of narrative thrust.

There’s something in that Boise water, I’m sure of it. Coming off hot from the varied sounds of “Bleed With Who?” and “Naughty Jenny,” Project213 has a creative momentum that has seemingly driven nothing but hits throughout the pandemic lockdown, and they will only continue to impress if “Personality For Miles” is of any indication. There’s a tapped-in knack for songwriting within Project213’s creative arsenal, and each song only sinks its hooks further in. If the next song continues the wild and weird trends the band has set before it, or if they decide to do a total 180-degree flip into something unpredictable, there will certainly be fans lined up, ready to listen and indulge.