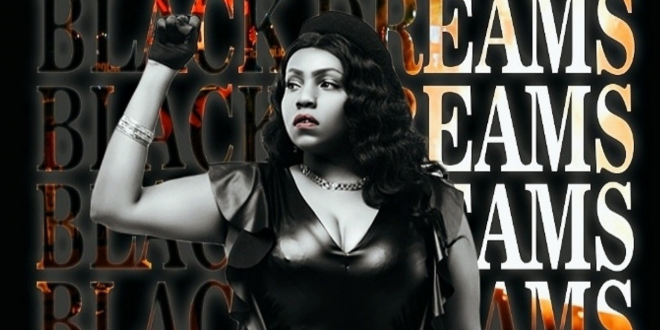 The divisiveness of modern America can be enough to make you sick, especially if you watch enough of the nightly news, and this is definitely something to consider when breaking down the narrative origins of the new single “Quicksand” from Miss Storm this season. Miss Storm’s songwriting style is one that cuts deep and doesn’t make apologies for the intensity of its poetic depth, which is perhaps why this emotional performance – and the lyrical substance it presents us with – is as heavy as it is. “Quicksand” features harmonies as heavenly as they are sharp, and if you haven’t listened to it already this year, you need to as soon as possible.

These lyrics might hit us like a ton of bricks, but they’re supported by an honesty in Miss Storm’s voice that knows no competitor among pop musicians in 2022. There’s a sense of pain that shadows this songstress’s every word here, and yet her delivery doesn’t sound depressed beneath the weight of the other melodic components of the harmony. She’s got control over every movement in this arrangement, which is why she’s able to give us as powerful a vocal as she can without breaking up the fluidity of the music.

The music video for “Quicksand” takes us out of the interpretive and into the realism of the subject matter at hand, addressing head-on the inequities of culture through stark elegiac imagery that can’t help but hit home, no matter what color your skin happens to be. The soul sewn into the bones of this performance is hard to deny as we get deeper into the track, and I like that Miss Storm isn’t extending the anti-cathartic tension in the mix with any synthetic elements, as this version of the song feels so much heavier as a result of its organic makeup.

There is absolutely no evading the ominousness of the beat here, but I don’t know that there should be. “Quicksand” is made all the more powerful through its tempo, and I think that using the percussive force on the bottom-end of the track was important to establish a hesitancy in the music that wouldn’t have been present otherwise. We’re meant to feel a burdensome weight dragging behind the biggest harmonies in this single, as it encapsulates the difficult feeling of acknowledging a truth that is impossible for any heartfelt human to easily swallow.

“Quicksand” is very compelling as a song and music video, and as it sits in Miss Storm’s discography, I think it’s one of the most powerful releases she could have delivered to us right now. This isn’t a moment for backing down from the call for justice as we’ve known it since the start of this country’s existence, and in her own way, I think this singer/songwriter is contributing something larger than life to the conversation with this release. She has my attention, and I think anyone else who gives “Quicksand” a shot is going to be just as moved by its story as I am.