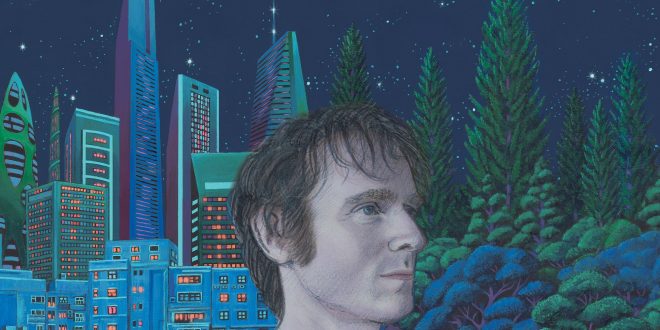 Ethan Gold is a player defined by his multifaceted artistry, and you needn’t take much more than a cursory look at his discography to understand what I mean. He doesn’t dabble in one element of pop songcraft, but instead incorporates avant-garde themes when necessary to establish a complete narrative, which is something that many of his peers would likely fail to do when developing content like his new singles “Firefly” and “Storm Coming.” These are two tracks that are shaped by the compositional eccentricities, and not by daring compositional features that only serve as filler for most players.

The electric strings of “Firefly” immediately felt like the most stirring instrumental component of the track, and not only because they’re the loudest instrumental element in the mix. The way Gold works them into his harmonies is so seamless that it’s easy to see where a producer wouldn’t have a hard time marrying them with this upbeat groove, and had there been any instrument other than a guitar to build this foundation on, I don’t think we would have been able to feel the urgency of the tempo as clearly as we can in this particular setting.

These harmonies are essential to our appreciating the depth of these two songs, but “Storm Coming” definitely has the more ghostly disposition of the pair. There’s something defiantly dark about Gold’s relationship with the lush melodic backdrop in this single, and yet he doesn’t sound fearful of whatever might be awaiting him around the next bend in the beat. The tempo is slowed down, and still, it feels like we’re being nudged forward by something, a hesitant force if you will, that wants us to analyze every bit of texture and tone accompanying the lyrics at the front of this mix.

I wouldn’t necessarily say that “Firefly” has a jittery beat, though the anxiousness of its rhythm definitely had an impact on how I broke down the lyrics. As previously noted by many a critic before me, Gold is not a singer/songwriter willing to leave elements underexploited when crafting something original in the studio, and to this end, even something as seemingly minor as tempo can find its way into the construction of a narrative, as is the case in both this song and “Storm Coming.” This is full-bodied musicianship, and it’s something I have come to expect out of his work.

“Storm Coming” and “Firefly” will please Ethan Gold’s longtime supporters as well as those new to the fold this spring, and while they have enough conventionality to be deemed accessible to the mainstream pop fan and causal listeners the same, indie aficionados are likely going to celebrate these singles as two of his best thus far. Gold doesn’t have anything left to prove to the critics, and I think this is going to free up his creative depth in more respects than one. He’s playing for himself in these tracks and their music videos, showing us that the only artistic standard he wishes to surpass is the one he set for himself beforehand.