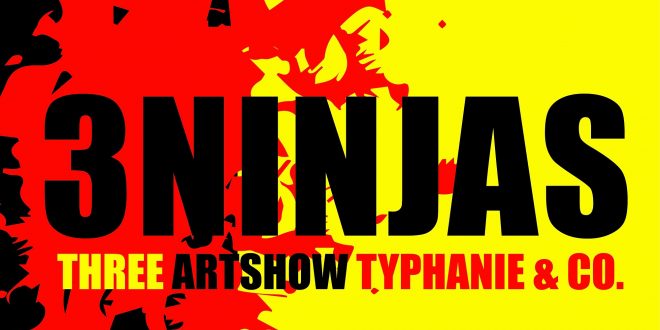 The best hip-hop is about so much more than tempo. Between rhythm and rhyme, it’s all about attitude, which is why the XIIDC collective has been getting so much attention for the new single “3 Ninjas” this spring. Comprised of three featured performances from Typhanie & Co., Spell the Three and Artshow, “3 Ninjas” doesn’t feel as guest-heavy as it does wholly collaborative, suggesting that all of these players are lending an equal amount of charisma to this mix. The attitude that starts with one seems to come into fuller focus with another, which goes above and beyond the status quo in modern hip-hop and trap.

Precision is everything to these players, but it’s especially big for Spell the Three. His interplay with Artshow is probably some of the wickedest I’ve heard between two rappers in 2022 thus far, and it’s markedly smoother than other similar affairs I’ve reviewed thanks to the precise attack Spell the Three is offering up at the microphone. He’s got a surgical sharpness to his delivery, and it does a lot to enhance the implied hook as much as it does the presence of his two collaborators in this single.

I love the theatrical nature of the music video, particularly as it presents us with the narrative. The nods to high cinema are dignified rather than overly decadent, and I think that when accompanied with a soundtrack as sterling and overtly physical as this one is, nothing about the visuals here seems over the top or the least bit indulgent. Aggression is juxtaposed with calm here much as it is in the song itself, which is a further extension not only of the mood in this single but how these three rappers are playing together inside of a tight, shared space.

The symbolism within the music video’s key elements – swords, church pews – definitely encapsulates the volatility of the aesthetics at play in “3 Ninjas,” but it doesn’t try to challenge the standard in hip-hop too much. Rebelliousness has its place, but a lot of players have been pushing the envelope for the sake of being radical alone, which never results in a good look in my opinion. That’s not an issue for these players, led by Typhanie & Co. in the music video and in the latter half of the single, and I don’t see it being a problem for the XIIDC brand anytime soon.

Hip-hop’s underground channels are where it’s at in the game right now, and if you needed proof verifying as much, the new music video for “3 Ninjas” was made with you in mind. XIIDC brings together three brilliant musicians in this mix and alludes to a deeper sense of comradery between both them and their medium that could only do good things for rap as a whole right now, and if this is just the beginning of what their 2022 is going to look and sound like, you can go ahead and sign me up for more right now.