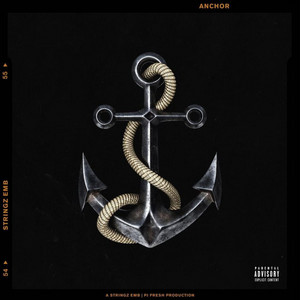 Rap doesn’t have to be beat-heavy; in fact, some of the most significant releases to come out of the hip-hop genre in the past few years have been harmony-driven. Case in point, the new single “Hijacked” from Stringz EMB focuses more on pop trappings than it does a groove, and as much as we can credit this player’s vocal delivery for the charisma in this song, there’s even more to be said about his melodic presence at the microphone. Stringz EMB has been getting the attention of critics for a minute now, and performances like this one are the reason why.

I love the guitar element in this single, especially as it relates to the hook. Rather than attaching his vocal to a synthetic element in the mix, Stringz EMB is colliding with organic melodicism and forming a really sweet harmony here, aligning himself with more of a pop model than anything in the alternative hip-hop scene as it stands today. This doesn’t reduce the brawn of his execution, but it instead highlights an element within his artistic profile that we might not have noticed otherwise. A multilayered recording style is one thing, but having a complex disposition as he does is completely different.

These harmonies feel genuine and very soulful amidst the lyrical content in “Hijacked,” which is a lot more than I would say about some of the other hip-hop content I’ve been reviewing in the past couple of months. Although a move towards melodic rapping has been collective on the part of both the mainstream and the underground in recent years, rarely is it not accompanied by some degree of auto-tune and plasticity on the other side of the glass, but that just isn’t the case here. Stringz EMB either doesn’t want it in this mix or, more likely, he just doesn’t need it.

This hook is pure pop pleasure, and where a lot of his peers might not have worn the look well, this is one rapper who can. He’s got plenty of room to expand his vocal in the climax of this track, but he isn’t overstating his presence at all – as much as he digs decadence, he’s disciplined as well. There’s something that a lot of indie players can learn from this piece, and to me, it’s that embracing conventionalities can sometimes yield more unique results than anyone might have initially expected they would.

“Hijacked” is by far one of the most mature singles Stringz EMB has released to date, and I think it’s going to draw even more attention to the depth of his vocal style than he was getting beforehand. This is proof to defy anyone who might have suggested that he couldn’t give us something just a bit more harmony-driven than the standard in this genre of music calls for, and among those of us who already respected his work, all the more evidence that he’s earned his place in the hierarchy of indie rappers on the rise in 2022 and beyond.