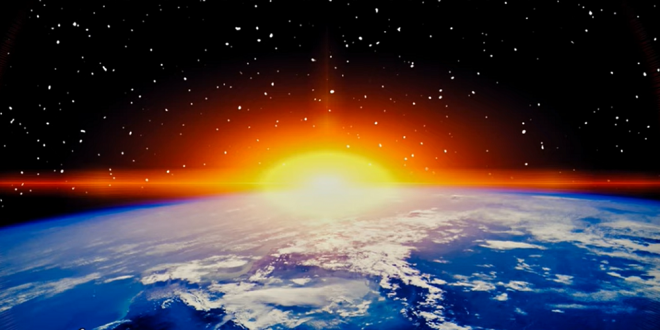 “Everything” from Daytona, Florida’s Greye should be yet one more significant push toward the mainstream success they’ve been moving towards in recent years. The full-throated musicality and outstanding production attributes defining this track reflect the band’s intent. They are reaching to make a statement that, first and foremost, satisfies themselves while trusting the entire time that, if they accomplish that, everything else falls into place. It has a powerful live sound, as well, especially its vocals.

You could likely hear Hannah Summer at the back of a cavernous auditorium without any amplification. She has enough lung power to dominate any musical ensemble, particularly if the performance is built to highlight her talents, but Greye’s “Everything” is a resolutely band-oriented affair. There’s nothing about the song’s sound that leads you to believe the track is a glorified solo vehicle for Summer.

Jett Wolfe wrote the song, and his contributions are crucial to the tune’s success. His guitar playing is obviously where he wields the most influence and the delicate entwining of electric and acoustic sparkles with enough finesse to further distinguish the cut.  The band’s rhythm section gives “Everything” a fluid but solid foundation. The musicians are obviously well-versed with working together after a handful of albums and there’s nothing to suggest that spark is fading.

Employing a small battery of keyboards to augment the arrangement raises the quality up several notches. The piano present during the verses acts as an effective counterpoint to Summer’s voice while other keyboards provide color. The latter further fleshes out the song and elevates its melodic value. “Everything” is relatively stripped back compared to some of the band’s other work but nonetheless boasts a robust sound.

The lyrics are intelligent while still conversational and their accessibility for listeners are another strong suit. Summer’s deliver infuses each line with explosive urgency that, thankfully, she plays just right. There are no shrill histrionics marring the performance. It’s not difficult imagining this track playing well in its new form for live audiences and longtime fans of Greye will likely appreciate the creative efforts they have made revisiting the song.

It doesn’t run longer than it should. “Everything” gives listeners a lot of evidence for the exponential evolution of the band’s songwriting prowess, especially regarding structure. Several payoff moments are built into the song but the cumulative effect it exerts over listeners is the biggest of all. It is clear from even a single listen that Greye understands how to craft an effective popular song and know what their audience enjoys.

It’s equally clear they have a boundless future ahead of them. “Everything” is a song bubbling with zest for life and creation that should have broad appeal for a vast swath of listeners. The polished songwriting, production, and performances are never overly rehearsed but, instead, come off with first take freshness and should give a jolt to anyone’s day. It’s a song that speaks these crazy times we live in, and we should expect more of the same from Greye in the coming years.