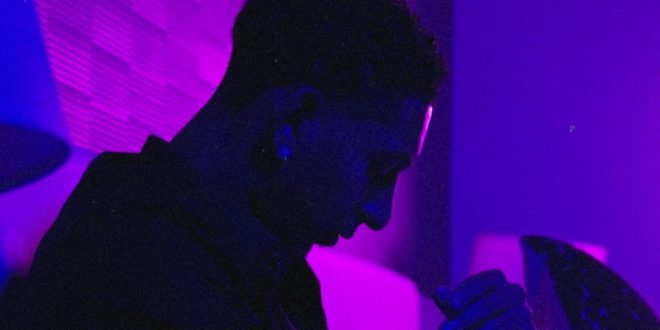 Single Review: “Up 2 You” Chace

You can’t beat an organic vocal like the one Chace is slinging at the moment, and with the arrival of his new single “Up 2 You” comes a litany of reasons why pop fans should be getting very excited about what this young man’s music is all about. Although there’s a lot of talent in R&B at the moment, few of the mainstream’s best players have the technical wit to make a complex compositional concept sound like something made for intellectuals and casual listeners the same – other than Chace, that is. “Up 2 You” is a new songwriting standard for this player, and largely the scene he’s been thrust to the head of.

This beat accentuates the emotional depth of the lyrics quite perfectly, but you can tell early on in the track that Chace doesn’t want us to focus more on the groove than we do the melodic ribbonry atop it. There’s just too much color to these harmonies for us to get overly intrigued by the sway of the percussion, as sensuous as it happens to be, and this is mostly because of the commanding nature of the harmonic origin point in “Up 2 You;” the lead vocal.

As far as the mix goes, I was taken aback by how pristine a mastering Chace’s new single is sporting this February, specifically in regards to how it marries melodic componentry with the more physical elements of the song, like the aforementioned percussion. There’s a fragility preserved within this performance that might not have been as clearly audible to us with a different arrangement of the instrumentation, and all things considered, I don’t know that this doesn’t contribute a vulnerability to my man’s voice that inevitably puts the climax of “Up 2 You” over the top.

It’s remarkable just how willing this player is to be exposed in front of the audience, and next to some of his more guarded peers, this makes his a more than refreshing take on R&B balladry of the here and now. Chace is comfortable in his skin, balancing the introspection of his poeticisms with the ambitiousness of the harmonies that start and end with his own voice, and were he not the confident player he is in this release, it wouldn’t feel like a potential breakthrough cut destined to elevate his game from the underground to the mainstream spotlight.

“Up 2 You” is quite honestly one of the most exciting and endearing indie R&B releases I’ve come across lately, and if it’s giving us a sneak preview of who Chace is going to mature into as a songwriter and as a singer, we’re going to be in for a lot more magic from this player in the years to come. He’s still got some space to develop his game on the lyrical end, but overall he’s got such a well-rounded look in “Up 2 You” that it’s difficult to dismiss the potency of his performance as being anything less than the result of hard-earned skill shaping.

Tags Chace single review “Up 2 You”