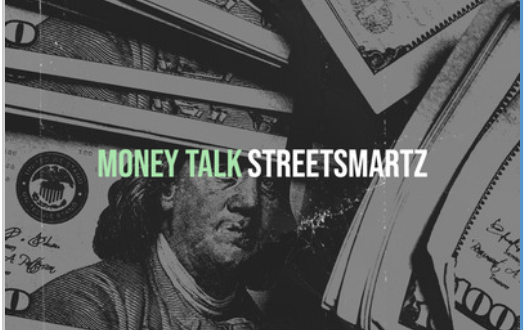 While there are a lot of rappers relying on surreal hooks to make a statement in their music these days, StreetSmartz101 is going old school in his new single “Money Talk” and putting all of his stock in a slick beat the size of an elephant. Instead of using his voice as the catalyst for storytelling in this piece, he’s implementing an expressive instrumental backdrop that illustrates just how much passion he’s got behind the lyrical narrative here. He’s interested in multidimensionality, and from the looks of the video for the track, I think he’s serious about taking his style high profile.

There are no expensive props to look past in the music video for “Money Talk,” but instead a DIY setup that reminds one of the origins of the hip-hop legend as it was meant to be preserved. There’s an aesthetical simplicity to this piece that feels far more provocative than looking at a lot of plasticity and predictable visual themes we would see in a dozen other videos of the same genre, and next to his immediate competition in his local scene, StreetSmartz101 sounds and looks a lot more confident in his moves here.

You don’t have to be a professional music critic to tell that this player is incredibly comfortable when he’s got the mic in his hands; hence, his authoritative attack in this mix is absolutely spellbinding. As blunt as the bassline feels, he doesn’t have to use it as a crutch to navigate these verses – if anything, it sounds like it was an aftermarket element only added to solidify the rhythm. Forget the synthetics that too many mainstream rappers are reliant on in 2022 – this is an artist who not only rejects such nonsense, he openly brags about his lack of fluff via a performance like this one.

This mix is pushing us closer to the hook with every step from the percussion, and the vacuum effect is made all the stronger thanks to the conservative melodic elements at the front of the track. Simply put, because of how clean the structure of this song is, there’s never an instance where StreetSmartz101 is competing with another component of the track for the lion’s share of the spotlight. He wants this to feel as raw and unfiltered as possible, and from where I’m sitting, I can’t say that he could have done a much better job.

We’re living in an amazing era in hip-hop’s long and storied history, and it’s getting all the more provocative thanks to indie players like StreetSmartz101 contributing fresh loyalty to the artistic ethos that made this genre so likable to begin with. I don’t think we need to worry about him selling his sound out anytime soon, as in this latest release he couldn’t be much clearer about where he stands on over-processed beats best left in bubblegum pop music exclusively. I like where he’s going right now, and with a little more exposure on the FM dial, I think he’s going to be as big as any elite in the game today.