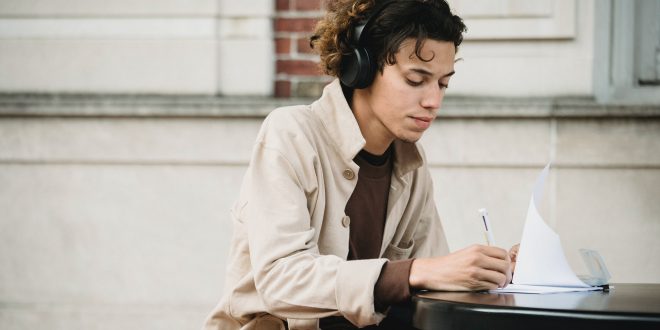 Music is appreciated on a universal basis and can be used to allow people to focus and concentrate on an unrelated task. It is a wondrous phenomenon, in that we are able to listen to the sound and lyrics while doing a totally unrelated and additional task that too requires concentration and focus, with some even singing along while they write reports, do the accounts, and so many other intricate tasks and jobs.

It has been proven that music is a great means to enhance your concentration. For many, the best music for this is classical music, and there has even been a name given to this relaxation and concentration, the Mozart effect. However, classical music is not everyone’s cup of tea, and while it may be soothing and enhance concentration when at work, the genre you choose and the type of music that can relax you will depend on your tastes and the activity at hand. Below are three types of scenarios where music is proven to assist one in concentrating and focusing on the task at hand.

Many people have a soundtrack to their exercise and outdoor time, be it a gentle walk in your local neighborhood or an energetic session on the rower. Having the right music to keep your mind and body involved is a fantastic way to concentrate and focus. The best music for exercising is used to drive you to higher levels of engagement and is best fast-paced and energizing. Studies have shown that those who exercise to fast energetic music do more physically than those who did the same number of steps but without music. Music is also expected to improve the concentration required to perfect the repetitive exercise, increase speed or just enjoy the process and take the mind off the physical exertion. Hence it is perfect for a gym session or run. As long as you have the right earphones and are able to exercise vigorously with them on, you will be fine.

Everybody who’s gamed at any level knows how much the music is part of the overall experience. For many, the game soundtrack isn’t enough, and they add a baseline or their own entire playlist for each of their favorite games. Whether it’s a famous online slot game – Night with Cleo or a card game, the music you listen to will help you to concentrate on the game at hand while still enjoying the music, test the theory and have fun here while you develop a playlist that works for you. The other current trend involving great music or Spotify playlist is the YouTube channel or social media that is used to watch others game. If you don’t have music that both engages with the audience as well as that suits the gameplay, you need to simply leave the existing game’s soundtrack.

Many simply have the radio playing the background, while the most productive people out there have been able to find a soundtrack that helps them get through the day. Mind you, it can’t be played loudly depending on your work situation and if there are others in the office, but a discreet Bluetooth earpiece will suffice. This is where the Mozart effect has been widely written about, and many who work in highly pressurized office environments have noted the calming and increased concentration brought about when listening to classical music. It is also popular in many high-paced office spaces to improve productivity and concentration by having music play in the background. It’s a tricky thing to get right as you have to choose music that suits all tastes and work modes. It is better to allow staff to use earphones when not in communication with others or if they have planned to do a specific piece of individual work.

In conclusion, it must be remembered that the music you choose must be relaxing for you and yet not too relaxing; no one wants to fall asleep while during an activity. The music chosen must also be familiar to you as if not, your mind will pay too much attention to the music, and the point of playing it will be lost. Your concentration will be adversely affected by music that you need to listen to actively. In order to use music to concentrate, it must thus be a passive listening experience, while the main focus of the mind is on the task at hand. The only unfortunate aspect established in the writing and research of this article, as many aspiring musicians and those around them will know, is that you may be disheartened that you can’t play music and do something else, only listen.

Stephen Vicino is the founder of MusicExistence.com. He created this site to give talented musicians a voice and a way to be discovered.
@@svicino
Previous DAWN OF ASHES Takes on the Depths of Darkness with New Single, “The Despondent Hole”!
Next Escape Ring – “Winning The War”