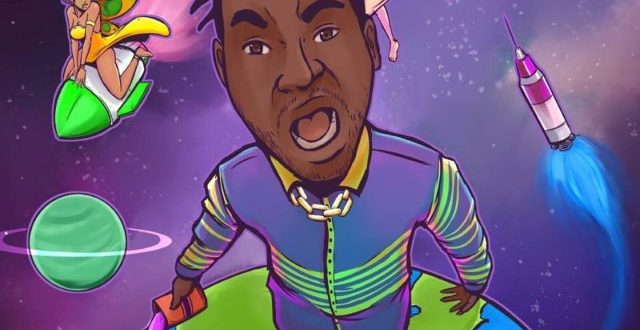 Although it’s got a pretty sturdy buffer in the form of the verse, there’s no denying that the rhythm behind TheDropout Spectrum in his single “Take Off” is as pushy as it gets. The drums are nudging their way into the spotlight from the jump, but with as potent a lead vocal as this rapper is putting up, they’re not going to have an easy task on their hands. TheDropout Spectrum is ready to battle it out with a beat as sharp as it is well-proportioned for the epic rhymes he’s offering up in “Take Off,” and for this hip-hop fan, the action is just too good to skip.

I love the high fashion vibes in the music video for this song, especially with regards to how they feel like they’re part of the continuity in the visuals, not just a garnish on top of another theme. I get the feeling that TheDropout Spectrum is somebody who puts a lot of thought into the imagery he wants to employ when trying to tell us a story with a video, and although this is on the more flamboyant side compared to what I usually go for, that’s what makes it such a memorable piece.

This bassline has a lot of crunch, but the lead vocal is able to balance it out with a buoyancy that has become quite uncommon in pop/rap crossovers as well as melodic trap in recent months and years. From where I sit, TheDropout Spectrum doesn’t even have to give as much oomph to these verses as he does to sound in control of the arrangement, but by going the extra mile with his delivery, he makes it hard for critics to question his power at the microphone, particularly in situations where the instrumentation has as much brawn as his pipes do.

I don’t think you can love pure hip-hop and dislike the look TheDropout Spectrum is cultivating in his new single and its music video, and though he doesn’t get as melodic with the backdrop as his contemporaries would, his refusal to back down from the ferocity of these verses says a lot about his persona. If you’ve got discriminating taste in rap music and those charged with making its greatest beats, TheDropout Spectrum is an artist that might have exactly what you’ve been looking for this season – if not a little more – in the form of “Take Off.”