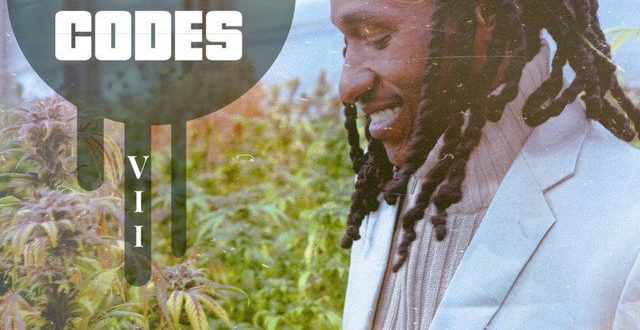 Finding a center with melodicism in hip-hop has become quite the mission a lot of rappers are willing to undertake, but few that I’ve personally listened to in the past couple of years have approached the task with the grace Page Sevii does in the new single “Cheat Codes.” While the music video feels like both a love letter to modern Colorado as well as a showcase of Page Sevii’s personality, “Cheat Codes” itself is an exhibition in studio prowess, arranging skills, and outright harmony supremacy, with my man taking over the spotlight through little more than his natural talents as a vocalist.

I was initially intrigued by the music video for this song largely because it lacks many of the over the top props a lot of rappers depend on when making something for a single as ambitiously produced and written as “Cheat Codes” is. Forget the Ferraris and stacks of money – other than an ocean of true Rocky Mountain kush, the only visual accent to this piece is Page Sevii himself, who fits in with the backdrop with or without the farmer attire. He’s got an energy on screen that is enrapturing, but he’s not showboating here for anything.

This beat is exceptionally thoughtful when taking into account the melodic underpinnings that our leading man is putting in place for every verse, and had he gotten a little more aggressive on the groove I don’t know that “Cheat Codes” would have come out feeling like the breathtaking slow jam it does here. You can tell this is a man who grew up on good music – soul, proto-hip-hop, definitely retro pop – but he isn’t obsessed with matching the model set forth by his influences. He’s got this voice and a pen that can put poetry together seamlessly; to me, that’s all he really needs to go off of.

I absolutely love the fact that this mix isn’t devoid of a sharp instrumental focus, which is something I’ve been encountering too much of on the underground half of the hip-hop community in the past few months. Page Sevii strikes me as a musician who wants detail, especially in a textural sense, to impact the strength of his narratives, and in “Cheat Codes” he essentially gives a masterclass on how to balance the moodiness of tone with the direct explanation of a verse (something, I might add, which takes a lot of artists the better part of their careers to figure out).

“Cheat Codes” is a great look for Denver’s own Page Sevii, but I do think there’s more to be explored within this artist’s aesthetical ambitions than making sweet slow jams exclusively. There’s depth to his vocal style that’s just begging to be exploited, and while I haven’t listened to him experiment with different tempos just yet, my gut tells me that anything this guy puts on paper will have a real shot at developing into something spellbinding if given the right time, space, and creative formatting to do so. All in all, Page Sevii is a rapper you need to have on your radar in 2022.