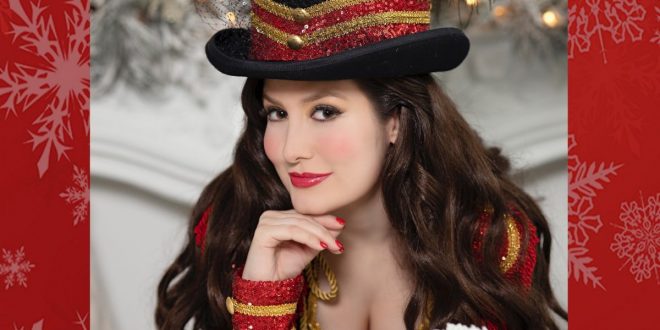 Harper Starling isn’t giving us the same old same old in her new single “Snow Cone Christmas;” if you’re coming into this Christmas song expecting to hear recycled harmonies and a hook that’s made the rounds from one holiday season to the next, you’re going to be roundly disappointed by the originality in this piece and, more importantly, the unique energy of its performer. “Snow Cone Christmas” is a fun, carefree pop song at its core, and it just so happens to have a lyrical narrative perfectly suited to this wintry time of year and all the magic it can produce.

The beat here was the first element of the song to really enrapture me, but I don’t think it eclipses the prowess of our singer at all. Instead, I think Starling is as indebted to the rhythm of the drums as the percussion is her harmony with the strings – they’re using each other, and the chemistry between her part and that of the drums is enough to make anyone turned on in “Snow Cone Christmas.” You don’t need a lot of robotic components to make hot fireworks in a piece like this; honestly, all you need is a singer like this young woman leading the charge.

I’ve always been pretty picky when it comes to Christmas music, but this was a single/music video combo that didn’t take much to get me intrigued. Harper Starling has a lot of talent, and none of it is being sacrificed in the name of making a familiar holiday tune in “Snow Cone Christmas” – she’s going all-in on her natural capabilities, and as a result of her blue-collar ethic, we’re ending up with what could be the most straightforward, unapologetically human take on her personality as a recording artist to hit record store shelves thus far.