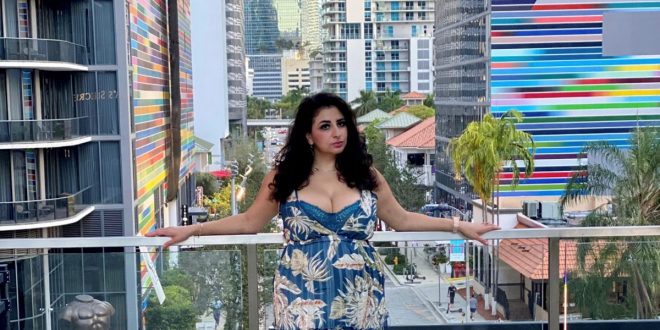 “Come Back” drops on December 1st, 2021. The song is a tribute to Ari’s recently deceased mom.

With more than 31K Youtube video views for her March debut single release, “Persian Drip,” Arzu is set to drop her next single. On December 1st, the female Persian rapper will release “Come Back,” written as a tribute to her recently deceased mother.

I miss my light, and I really can’t believe, so hard to fight, tell me why did you have to leave”— Arzu

While “Persian Drip” focused on Arzu’s insane rhymes and intense subject matter, “Come Back” is an emotional, reflective piece that pays tribute to the recent, tragic loss of her mother. “Ari” takes a more melodic approach this go-around, showcasing her vocals as much as her rapping skills. Even with more instrumentation and melodies than her debut, “Come Back” still manages to show off Ari’s blazing speed and precision during the verses.

“I miss my light, and I really can’t believe, so hard to fight, tell me why did you have to leave.” – Arzu “Come Back”

Then, on December 17th, Arzu will release “Ain’t Your Regular” to her more than 9K monthly Spotify listeners. Both singles are available for Pre-Save at https://linktr.ee/arikittee.

ABOUT ARZU: Bay Area native, Arzu has been honing in on her rap skills since she was 7 years old. She grew up listening to classic Bay Area hip hop such as E-40, Too Short and Mac Dre and always had an affinity for the style and culture of hip hop music. Arzu is otherwise known as Ari Kittee by her rather large social media following and has been a successful influencer, model, entrepreneur, and now, hip hop artist. Arzu possesses a unique artistic talent and started writing poetry at age 12. She’s received many poet society awards and has had some of her poetry published. More recently, she took that skill and applied it towards writing her own music.